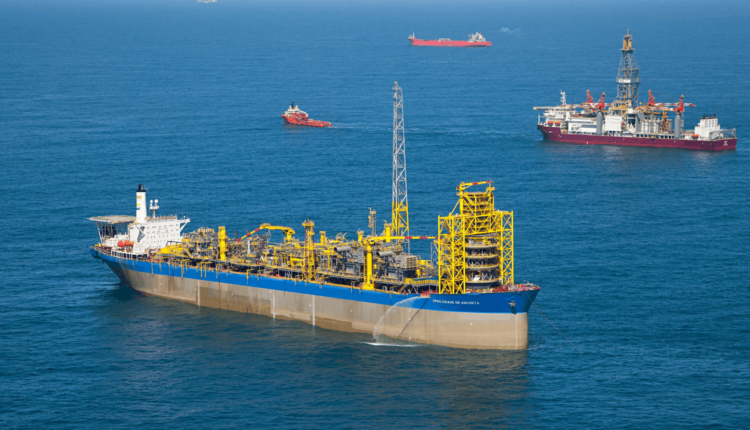 Dutch FPSO operator SBM Offshore is putting the wheels into motion to resume production by the end of the year from a floating, production, storage and offloading (FPSO) vessel, which is working for Petrobras offshore Brazil.

Back in January 2022, oil was observed close to the FPSO Cidade de Anchieta – designed for pre-salt production of the Baleia Azul, Jubarte and Pirambu fields in the area known as Parque das Baleias, off the coast of the state of Espírito Santo in the Campos Basin – which has been working for Petrobras since September 2012. As a result, the FPSO’s production was interrupted.

In an update on Thursday, SBM Offshore confirmed that this vessel remains in shutdown while tank inspection and repair work is progressing. The FPSO operator highlighted that its “priority is the safe restart of the vessel at full production,” which is expected by the year-end.

Furthermore, the company disclosed that the focus of activities to date has been on the repair of the four tanks required for the safe restart of the vessel and added that it is in the process of finalizing the scope of repairs required for the other tanks together with the estimated associated costs and schedule.

Following the restart, repair works will continue “at least until the end of next year,” while the finalized estimate for the total future cost of repairs is anticipated to necessitate a one-off impairment charge in the range of $75 to $100 million impacting the net profit for the year, according to SBM Offshore. The FPSO Cidade de Anchieta has the capacity to process 100,000 barrels of oil and 3.5 million m3 of gas per day.

More time in Equatorial Guinea for another FPSO

Meanwhile, SBM Offshore revealed that it has inked a three-year contract extension related to the operation of the FPSO Serpentina, which has been carrying out operations for ExxonMobil since 2003.

This vessel was under a seven-year lease contract until ExxonMobil exercised its purchase option on 1 November 2005, however, it is still operated by SBM Offshore. Thanks to the extension, the vessel will continue operations in Equatorial Guinea up to November 2025.

When it comes to SBM Offshore’s other activities, it is worth noting that the FPSO operator inked a Memorandum of Understanding (MOU) with ExxonMobil Guyana recently for the construction of a multi-purpose floater hull for use on a future FPSO project.

In addition, the Dutch player started the construction of topside modules in October 2022 for another FPSO, which is being built for an ExxonMobil project in Guyana.