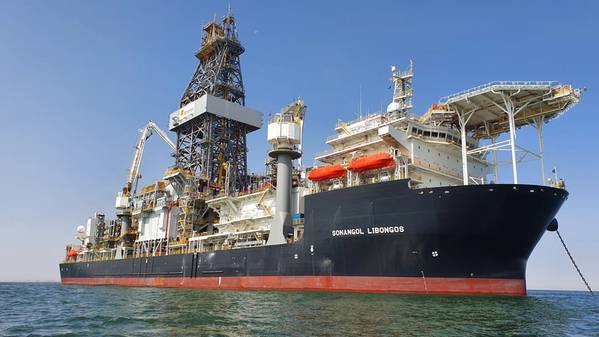 (OE) Sonadrill, Seadrill’s 50:50 joint venture with an affiliate of Sonangol, has secured a 12-well extension in Angola for the Libongos drillship at $402,500 per day.

The total contract value for the firm part of the deal is around $327 million, inclusive of additional services, Seadrill said.

The contract is expected to start in the fourth quarter of 2022, with a firm term of about 25 months, in direct continuation of the existing contract.

There are currently three drillships bareboat chartered into Sonadrill, a Seadrill-owned unit, the West Gemini, and two Sonangol-owned units, the Quenguela and Libongos. Seadrill manages and operate the units on behalf of Sonadrill.

Seadrill’s Chief Executive Officer, Simon Johnson said: “Sonadrill remains strategically important for the development of the Angolan oil and gas sector. Sonadrill is the number one rig operator in Angola and this new contract will generate significant free cash flow for the  joint venture which will ultimately flow to Seadrill and Sonangol as shareholders.”

According to Seadrill’s most recent fleet status report issued on August 31, the rig is currently on $228,800 dayrate contract, ending in November 2022, with an undisclosed client.

The rig was last year used by the Italian oil firm Eni, when the oil firm made a new light oil discovery in Block 15/06, in Angola’s deep offshore. The drillship’s current AIS shows its last destination as being Eni’s 15/06 block.

Azule Energy is Angola’s largest independent equity producer of oil and gas, holding 2 billion barrels equivalent of net resources and growing to about 250,000 barrels equivalent a day (boe/d) of equity oil and gas production over the next five years. It holds stakes in 16 licenses (of which 6 are exploration blocks) and participation in Angola LNG JV.