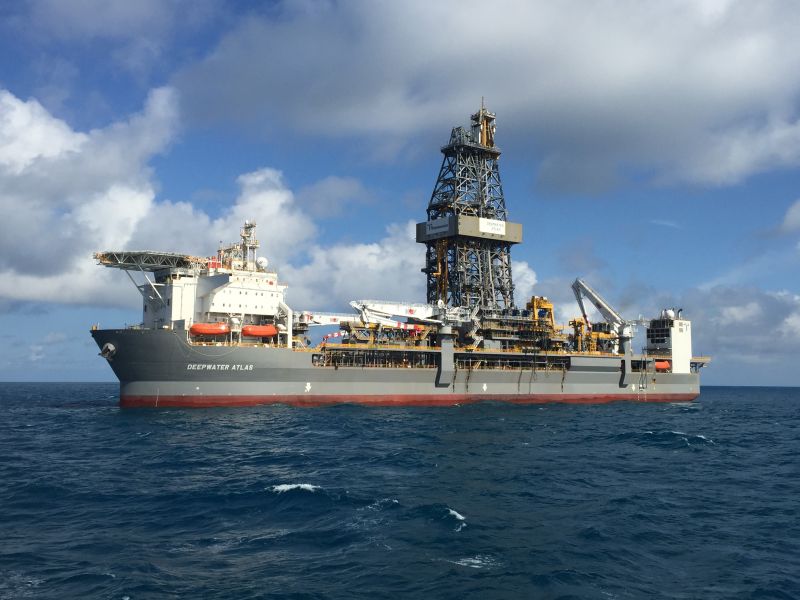 The offshore drilling rig, delivered by Singapore’s Sembcorp Marine in June, is under a contract with Beacon Offshore Energy in the U.S. Gulf of Mexico.

The Deepwater Atlas is the first of two ultra-deepwater drillships based on the Sembcorp Marine’s Jurong Espadon 3T design. The second, also owned by Transocean, is the Deepwater Titan.

Transocean said earlier that the rig would start operations under its drilling contract with Beacon at the 330 million-barrel Shenandoah development using a 15,000 pso blowout preventer.

Before the start of the second phase, the Deepwater Atlas rig will be outfitted with a 20,000 pounds psi.

During the 255-day first phase of the contract, until July 2023, the Deepwater Atlas will work for Beacon Offshore Energy on a $315,000 dayrate.

Upon completion of the initial drilling program, Transocean will install the 20,000 psi on the drillship, and the rig is expected to return to the U.S. Gulf of Mexico for the second phase of the contract with Beacon.

As for the second 8th generation drillship, the Deepwater Titan, it is expected to start its contract with Chevron in the second quarter of 2023.

The drillship, which will be deployed at Chevron’s Anchor project in the Gulf of Mexico, will stay with Chevron until the second quarter of 2028, sporting a dayrate of $455,000.