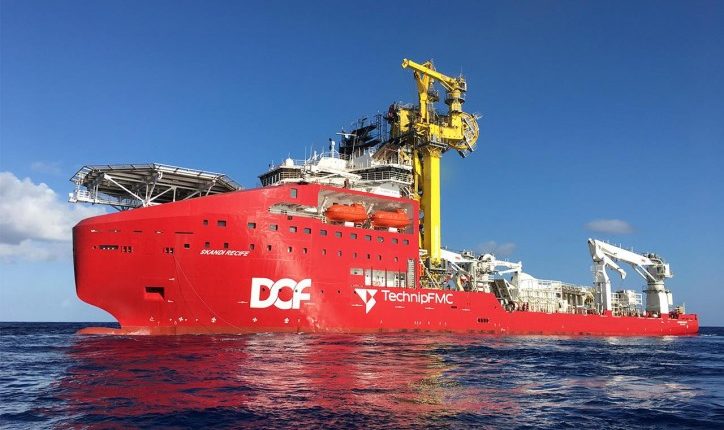 DOF Group has reported that its fleet achieved an average utilization of 88% in the third quarter of 2022, an increase from 83% in the same period last year, backed by “continued high activity and good performance” in subsea regions.

“The revenue and Ebitda are higher compared to last year mainly due to increased activity on subsea projects and high utilisation of the fleet,” DOF writes in its report.

DOF states that it saw high activity in Brazil, but lower rates and utilization of its fleet in the North Sea spot market, especially for anchor handling tug supply (AHTS) vessels. The total current fleet includes 54 vessels, including those on management or hired in.

The 2002-built Geosea was recently sold and delivered to N-Sea Group.

According to the company, a high tender activity has resulted in an increased order intake in the last two quarters.

In the third quarter, the order intake of NOK 3.9 billion was reported and a total backlog of NOK 21.7 billion at the end of the quarter, excluding the contract signed with ExxonMobile Guyana with a firm value of around NOK 2.7 billion.

DOF has signed a restructuring agreement with the secured lenders and a group of bondholders representing 40% of the total outstanding bonds, with the purpose of securing a long-term financial solution and continue as going concern.

“Even though there are market improvements the Group’s current financial position is not sustainable, and the equity is lost. The Group has since 2nd quarter 2020 worked on finding a long-term refinancing solution with all stakeholders, including the shareholders, banks and bondholders,” DOF stated.

“The Board is satisfied that the Company and its subsidiaries have signed a restructuring agreement with its creditors which include a comprehensive financial restructuring and address significant amounts of overdue debt that are not refinanceable. The agreed restructuing is vital in order to maintain going concern and create a stable and more efficient financial platform for the Group going forward.”

Failing a completion of the agreed restructuring solution, the standstill arrangement with creditors will cease and the majority of the debt will fall due, the company said, adding that the board considers it impossible to obtain alternative refinancing of the debt.