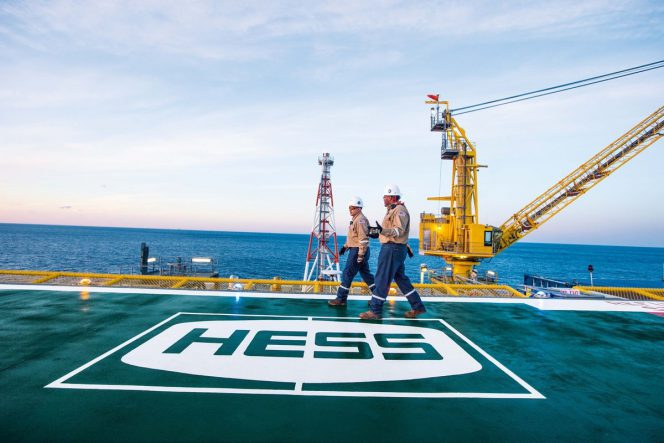 Oil prices have pulled back but were still trading at eight-year highs amid Western sanctions against major exporter Russia and OPEC’s decision to tighten an already squeezed global supply with a deal to cut production targets by 2 million barrels per day (bpd).

Global benchmark Brent crude was trading around $94 per barrel on Wednesday, and has risen about 21% so far this year.

Excluding Libya, the company’s net production climbed 32.4% 351,000 barrels of oil equivalent per day (boepd) in the quarter, due to higher output in Guyana and North Dakota’s Bakken shale field.

Hess, which is part of a consortium that includes operator Exxon Mobil Corp (XOM.N), also announced two new discoveries in the Stabroek block offshore Guyana, adding more barrels to one of the most closely watched new oil discoveries.

On an adjusted basis, Hess posted a profit of $1.89 per share, beating average analysts’ estimate of $1.87 per share, according to Refinitiv.