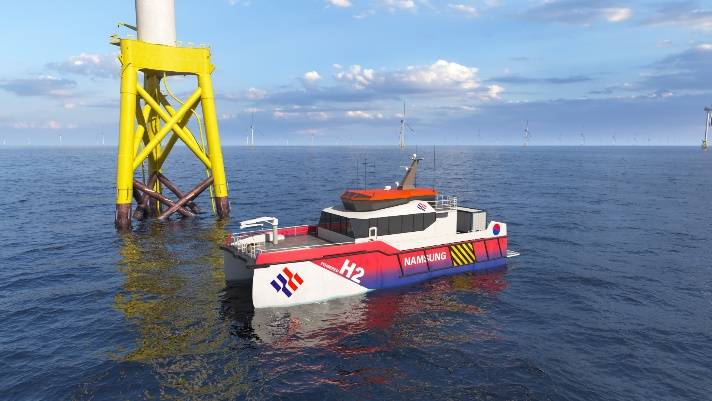 As the owner’s engineer, DNV will drive the pre-Front End Engineering Design (FEED) and supervise contractors in the final design, procurement, construction, commissioning, and operations phases to mitigate risks and prepare optimal solutions for the building stages of the project.

The offshore  wind farm will be located 10 km east of Chuja-do in Jeju City in southern Jeonam province, South Korea and will consist of approximately 100 wind turbines.

The Chujin wind farm will be constructed in three stages, consisting of 500MW for Phase I and an additional 1 GW for Phases II & III.

The offshore wind project has been designed to support the “Green New Deal,” South Korea’s national development strategy to advance low carbon technology initiatives and transition to a green economy.

Elenergy Executive Director, Jun Seok Lee said: “Most offshore markets in Asia Pacific are only just starting to develop. Navigating and managing technical risks and local market regulations are crucial. This is why we selected DNV as our technical advisor for this project. DNV is not only a global leader in offshore wind power engineering but also has an in-depth understanding of the reasons behind failures and non-conformities of the electrical infrastructure inside an offshore wind farm.

“We aim to perform projects smoothly and that does require a partner with insight and knowledge on preventing failures and managing risks. With the wide experience of DNV’s experts on electrical infrastructure and especially on submarine power cables, we will be in an optimal position with their help, to keep the project on track with respect to scope, schedule and cost.”

Young Seok Choi, Managing Director, Namsung Shipping saud: “This project is an exciting opportunity to combine the latest developments in offshore wind technology to produce clean energy, power the electricity grid from coastal locations and pave the way for this model to be used more widely around the world. It also is an impetus to grow the pool of specialised vessels to support offshore windfarm work.

DNV has noted that thef fixed offshore wind is maturing at a significant pace and has become an essential component of decarbonization. By offering access to stronger and more consistent wind, offshore wind has now become firmly cost-competitive with fossil fuel alternatives. This offers abundant business opportunities for South Korean EPC contractors, component and technology providers and project developers, per DNV.

“With the demand for reliable clean energy rising in South Korea and elsewhere around the world, the success of offshore wind farms is important for the industry. Wind farms have traditionally been built on land. But offshore wind technology has the potential to harness wind power at greater wind speeds, providing commercial-scale clean energy to help countries deliver on their net-zero targets.”