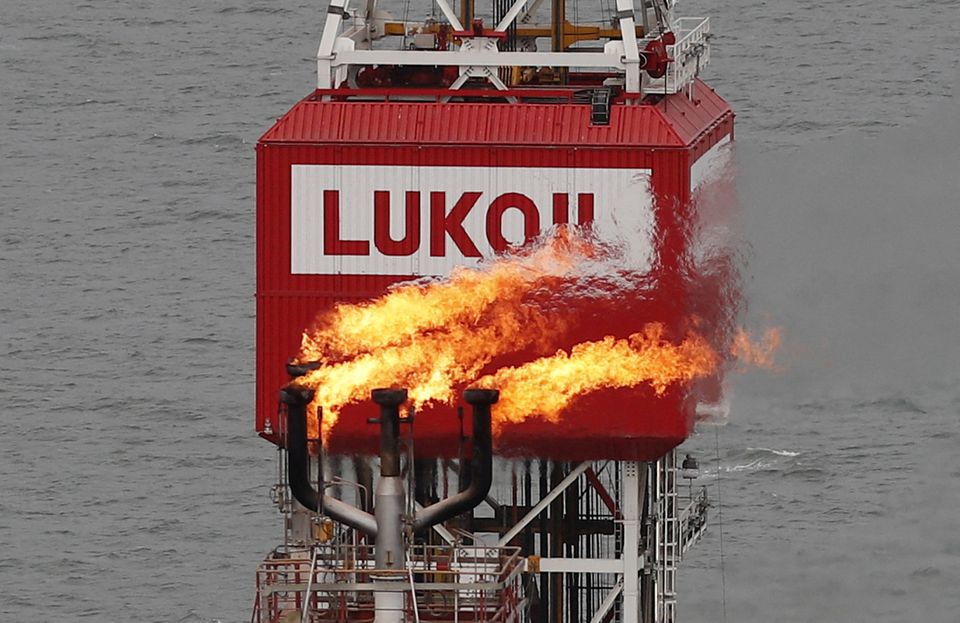 (Reuters) – The trading arm of Russia’s Lukoil, Litasco, has moved part of its operations to Dubai over the last few months as European sanctions on Moscow push traders to neutral territory, according to trade sources familiar with the matter.

Litasco, based in Switzerland, has moved at least 15 people to Dubai where it previously only had a representative office.

Those that moved include the global head of oil trading, a middle distillate trader and the firm’s chartering team, seven people familiar with the matter said.

Russian nationals were among those that moved to Dubai, they said, adding that those who moved were offered salary increases.

Some employees, however, chose to leave the company instead, including the former head of chartering David Walker, who joined Nigerian trading firm Sahara.

“They are slowly moving to Dubai. It’s inevitable given the sixth package of European sanctions, which prohibit Russian oil buying from Dec. 5. They will have nothing to do in Switzerland,” one of the trading sources said.

From Dec. 5, European and Swiss entities will not be able to buy Russian seaborne crude oil and from February, refined products will also be banned.

Lukoil declined to comment. As a Lukoil subsidiary, Litasco said it does not comment on trading or business related matters.

Litasco traded just under 4 million barrels per day (bpd) of crude and products in 2019, with nearly two thirds of that volume being third party crude.

Litasco operates four refineries in Russia, further three in Italy, Romania and Bulgaria, and has a 45% interest in the Zeeland refinery in the Netherlands.

Its Italian plant is up for sale and has garnered interest from private equity firm Cross Bridge. read more

Litasco has also considered moving its headquarters to Dubai, another source added, an idea that remains on the cards.

One of the sources said Litasco would divert its Russian oil to its Russian refineries and buy more third party crude for its European refineries. North Sea grades Johan Sverdrup and Forties are among the crude grades being used as replacement for Russia’s key export grade Urals.

Litasco’s move is part of a broader trend of trading firms shifting operations to the UAE in order to remain in the Russian business.

Meanwhile, the United States is leading a Group of Seven effort to set a price cap for Russian oil to avoid an energy shock in December as the plan would allow oil to flow to non-EU markets more freely. A price has yet to be decided. read more