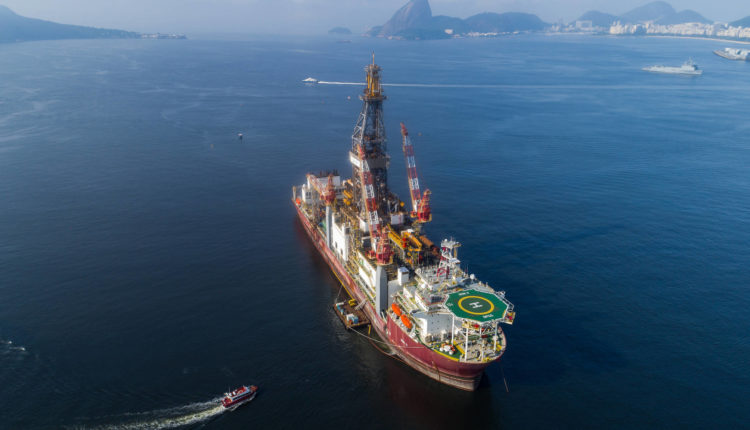 Brazil’s Petrobras is set to conduct a pre-operational simulation as the final step to obtaining environmental permits to drill a landmark wildcat in the northern Brazilian offshore play known as the equatorial margin.

The wildcat location is 160 kilometres off the coast of Amapa state, in the Foz do Amazonas basin, at a water depth of 2500 metres, according to Petrobras exploration and production director Fernando Borges.

The block is denominated as FZA-M-57 and is in a play known as Amapa deep water.

Petrobras has five spill-response vessels and three aeroplanes available for a spill scenario and is ready to move to the pre-operation tests, Borges said.

“We have already complied fully with what was required for Ibama to authorise the pre-operational evaluation: consultation of communities; dispersal simulations for any oil spill. Now we have to show that resources in the region are adequate for dealing with any spill,” Borges said.

“The next phase will be carried out in early November and, if satisfactory, we will be meeting the final requirements to obtain a licence,” Borges told reporters on the sidelines of the Rio Oil and Gas conference.

Petrobras will use the drillship ODN II to drill the well, owned by Brazilian offshore contractor Ocyan.

The well planned by Petrobras is in a region affected by powerful currents and the influence of the outflows of the Amazon river.

The well is even more sensitive due to its proximity to the maritime border with French Guiana, just 40 kilometres away.

France decided to end oil exploration off French Guiana in 2019, one year after TotalEnergies had drilled a dry well offshore there.

Before that, Anglo-Irish independent Tullow Oil stirred up excitement in the eastern flank of the Guyana-Suriname basin with the Zaedyus-1 oil discovery in the Guyane Maritime license in 2011.

Shell farmed into that block, but a four-well wildcatting campaign was largely unsuccessful.

The Guyana-Suriname basin has become one of the world’s great exploration hotspots due to ExxonMobil’s success on Guyana’s Stabroek block, and TotalEnergies’ discoveries on Block 58 in Suriname.

Block FZA-M-57 used to be operated by TotalEnergies as part of a major play in the region, but the French oil company relinquished all of this acreage to Petrobras following unsuccessful attempts, running over several years, to obtain permits.

UK supermajor BP also withdrew from six blocks in the region for similar reasons, after facing criticism from campaigners over the environmental aspects of the project there.

TotalEnergies has previously mapped the Tucano prospect in FZA-M-57 as a potential drilling site, but Petrobras has not revealed if it will target this structure, or another one.