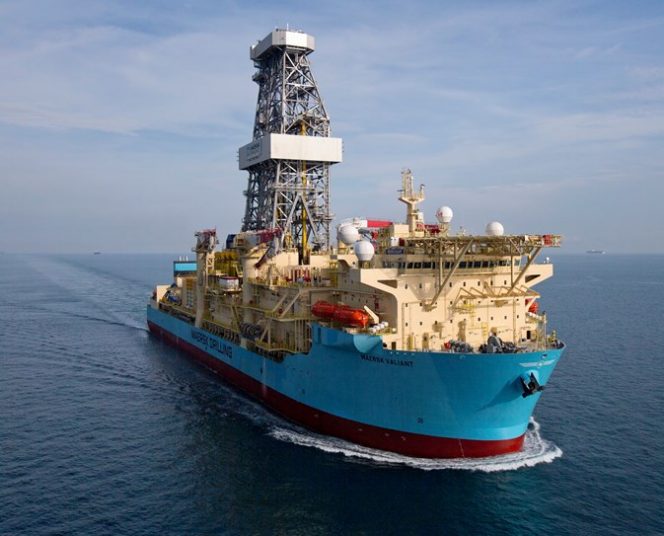 TotalEnergies E&P Suriname has exercised an option to add the drilling of one additional well in Block 58 offshore Suriname to its contract for the Maersk Drilling’s Maersk Valiant drillship.

The contract extension is expected to start in January 2023, in direct continuation of the rig’s current work scope, with an estimated duration of 100 days.

The contract value of the extension is approximately US$24.7m, including integrated services provided and a fee for the use of managed pressure drilling.

Maersk Valiant is a high-specification 7th generation drillship with integrated managed pressure drilling capability which was delivered in 2013. It is currently operating for TotalEnergies offshore Suriname.

In February, TotalEnergies said it had made a significant new oil and associated gas discovery at the Krabdagu-1 well offshore Suriname.

Made in the central area of offshore Block 58, the discovery follows previous discoveries at Maka, Sapakara, Kwaskwasi and Keskesi, and the successfully tested Sapakara South-1 appraisal well.

Located 18 kilometers south-east of Sapakara South, Krabdagu-1 was drilled at a water depth of 780 meters and encountered about 90 meters of net oil pay in good quality Maastrichtian and Campanian reservoirs, TotalEnergies said.

At the time, it said at least three further exploration and appraisal wells were planned to be drilled in 2022 on the block.

TotalEnergies is the operator of Block 58, with a 50% working interest, while APA Corporation holds the remaining 50%.