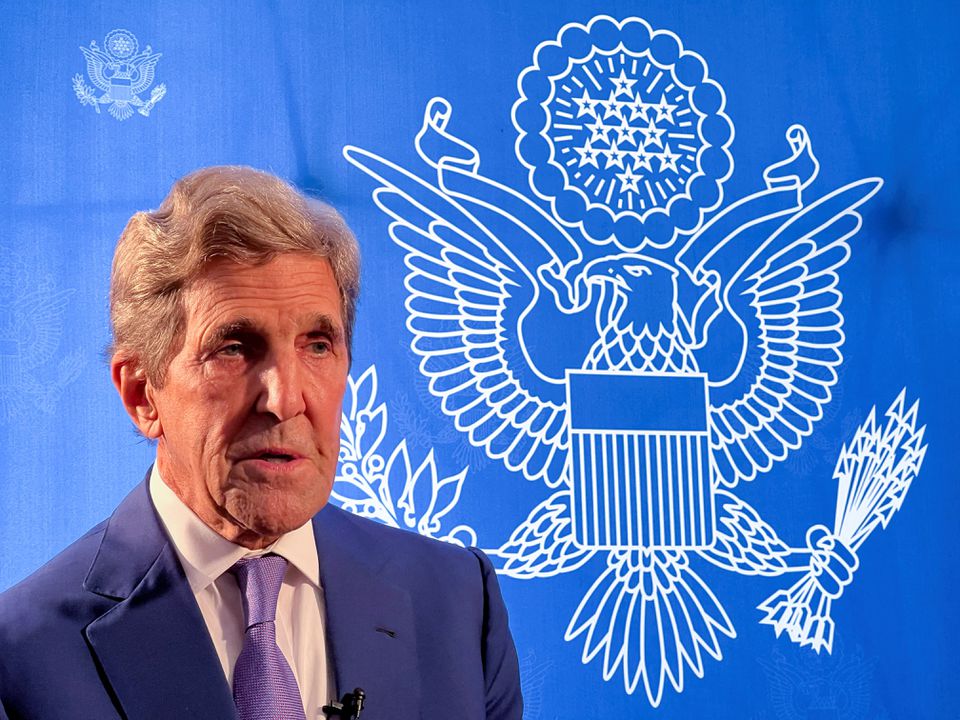 (Reuters) – U.S. climate envoy John Kerry cautioned against investing in long-term gas projects in Africa as countries in the region, some hoping to tap recent oil and gas discoveries, wrestle with how to power their development with clean energy.

“We are not saying no gas,” Kerry told Reuters on the sidelines of an African environment ministers’ conference in Dakar, Senegal, on Thursday.

“What we are saying is, over the next few years, gas replaces coal or replaces oil,” the former secretary of state and Democratic presidential candidate said, adding that gas can be used as a transition to cleaner energy sources.

But after 2030, it will be important to capture the emissions from gas too, Kerry added.

Continued financing of oil and gas projects in Africa has become a key issue for the countries, which they plan to push during a United Nations climate summit in Egypt in November.

Senegal and other countries in the region aim to start producing oil and gas, which they hope will help boost their electricity production, power industries and curb energy poverty. read more

Over 600 million people, or 43% of Africa’s population, lack access to electricity, most of them in sub-Saharan Africa, according to the International Energy Agency.

African countries argue that they need investments to develop their energy resources, including oil and gas, and a pledge by developed nations including the United States last year to curb investments in fossil fuels, was unjust. read more

Kerry said the question now is how to help the nations, which account for only a small amount of carbon emissions, develop without making mistakes that others made, enabling them to be as green as possible without creating more problems.

He said the viability of long-term gas projects could become a problem beyond 2030, the target date many developed nations have set to move to mostly renewable and curb the need for gas.

Kerry said such long-term projects likely would not recoup their investments within 10 years, adding that some countries are talking of projects with lifespan as long as 40 years, which was not necessary.

“We do not have to rush to go backward, we need to be very careful about exactly how much we are going to deploy, how it is going to be paid for, over what period of time and how do you capture the emissions.” Kerry said.

He said developed nations need to step up efforts and meet the urgency to help other countries adapt and get over the initial hurdles of developing renewable energy systems.

Kerry said the United States has committed $12 billion for “adaptation and resilience,” and was working on a new structure to bring more the big investors with trillions of dollars.