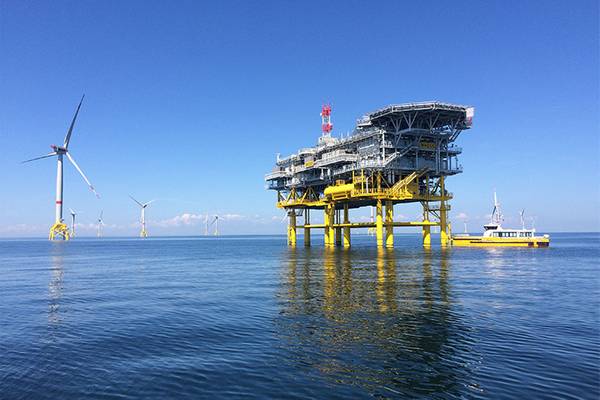 The sale of the Wikinger wind farm will have no impact on Iberdrola’s financial results in 2022, said the company, Europe’s largest utility, in a statement.

Wikinger is off the island of Rugen and is part of 1,258 megawatts of offshore wind capacity that Iberdrola has in operation. Iberdrola calculates it will invest around 30 billion euros worldwide in turbines planted off windy coastlines by 2030.

The Wednesday statement confirmed a Reuters report issued on Tuesday.

EIP, which manages more than 4 billion Swiss francs ($4.17 billion) in assets, is investing in renewable assets in Europe.

Iberdrola’s deal comes amid soaring energy prices in Europe, with the European Commission considering capping at 180 euros per megawatt (MW) hour the price at which wind, solar and nuclear plants can sell electricity.

Iberdrola is selling stakes in its wind developments to help finance its 150 billion euro 2020-2030 investment plan, mostly devoted to renewables and power grids. It sold 40% of a British development to Macquarie’s Green Investment Group in 2019.