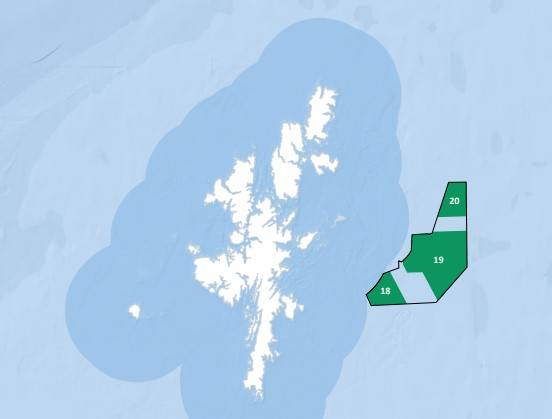 Clearing saw the ‘NE1’ area east of Shetland made available for ScotWind applicants who met the required standards but who did not secure their chosen location earlier in the leasing process.

The area of seabed covered by the three projects is just over 560km2 (from a total of 751km2 available in NE1). The three projects, to be developed by Ocean Winds, Mainstream Renewable Power, and ESB Asset Development, are expected to generate 2.8GW of electricity.

A total of 14 applications were received and three projects have been selected and offered option agreements.

According to Crown Estate Scotland, the three projects’ initial supply chain commitments indicate an average of £1.2bn investment in Scotland per gigawatt (GW) of capacity built.

Successful applicants will pay a total of £56 million in option fees and the fees will be passed to the Scottish Government for public spending. Projects are currently expected to pay Crown Estate Scotland £4m per GW per year once operating – this would also be paid to Scottish Government.

Colin Palmer, Director of Marine at Crown Estate Scotland, said: “This is a fantastic result for Shetland and for Scotland. These projects have significant potential to really boost Scotland’s progress towards its net zero targets, including in relation to the opportunity around green hydrogen.

“Taking these three into account, the 20 ScotWind projects now total up to 27.6GW with initial supply chain commitments indicating an average of £1.4bn investment in Scotland per gigawatt of capacity built.

“This result is further proof that Scotland is leading globally on offshore wind, deploying new technology and exploiting the potential of hydrogen.”

First Minister Nicola Sturgeon said:”ScotWind will deliver a new era in Scotland’s offshore wind industry, representing the world’s largest commercial round for floating offshore wind and breaks new ground in putting large-scale floating wind technology on the map at Gigawatt scale. It will provide several billion pounds more in rental revenues once projects become operational, to be invested for the benefit of the people of Scotland.

“The importance of accelerating the transition to renewable energy sources, including hydrogen, has been brought into sharp relief by Russia’s illegal invasion of Ukraine and the cost of living crisis. In Scotland, nearly 100% of our net electricity demand already comes from renewable sources and we are focused on reducing energy demand and accelerating the deployment of renewable energy.

“The Scottish Government sees offshore wind – and the hydrogen production which we hope will be enabled by offshore wind – as one of the most important economic and environmental opportunities we have. It can reduce our carbon emissions, improve our energy security, and create tens of thousands of high quality jobs. It will bring benefits for all of Scotland – but it will be especially important in the north east, and a crucial part in the transition from being the oil and gas capital of Europe, to being one of the net zero capitals of Europe.”

Once agreements are officially signed later in 2022, information on supply chain commitments made by the applicants as part of their Supply Chain Development Statements will be published, Crown Estate said.

“This is just the first stage of the long process these projects will have to go through before we see turbines in the water, as the projects progress through consenting, financing, and planning stages. Responsibility for these stages does not sit with Crown Estate Scotland, and projects will only progress to a full seabed lease once all these various planning stages have been completed,” Crown Estate Scotland said.