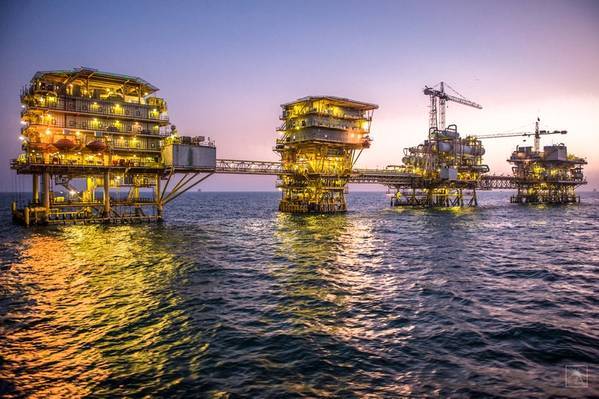 Aramco joins oil majors such as Exxon Mobil Corp and BP  that have reported strong or record-breaking results in recent weeks after Western sanctions against major exporter Russia squeezed an already under-supplied global market causing a surge in crude and natural gas prices.

The company expects “oil demand to continue to grow for the rest of the decade despite downward economic pressures on short-term global forecasts,” CEO Amin Nasser said in Aramco’s earnings report.

It declared a second-quarter dividend of $18.8 billion, in line with its own target, to be paid in the third quarter.

Aramco shares, which were little changed on Sunday, have risen more than 25% this year.

Nasser, speaking to reporters on an earnings call, voiced concern over a lack of global investment in hydrocarbons that has led to “very limited” spare capacity. He said Aramco stands ready to raise oil output to its maximum sustained capacity of 12 million barrels per day should the Saudi government ask.

Aramco said its average total hydrocarbon production was 13.6 million barrels of oil equivalent per day in the second quarter. The company is working to increase production from multiple energy sources, including renewables and blue hydrogen as well as oil and gas, as it works on both energy security and climate goals, Nasser said.

Capital expenditure increased by 25% to $9.4 billion in the  quarter compared to the same period in 2021. Aramco said it continued to invest in growth, expanding its chemicals business and developing prospects in low-carbon businesses.

It is also currently studying opportunities in the liquid-to-chemicals sector with a focus on the Asian market.

In July, Exxon posted its biggest quarterly profit ever, a net income of $17.9 billion, an almost four-fold increase from a year earlier, while European majors Shell and TotalEnergies also benefited from surging margins for making fuels like gasoline and diesel.

The Saudi stock market, up 11% this year, is very promising for company listings in the near future, Nasser said, adding that there is “some expectation” that Aramco might list some entities within the firm.

Aramco is working to merge two energy trading units, with Aramco Trading Co to absorb Motiva Trading, ahead of a potential initial public offering of the business, sources have said.