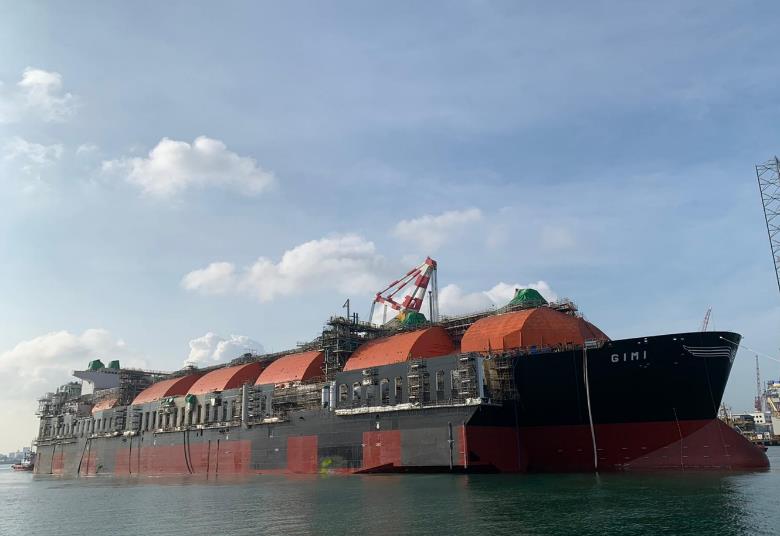 Over the second quarter of 2022, BP’s Greater Tortue Ahmeyim (GTA) project in Mauritania and Senegal achieved a 5 per cent progress, when compared to the previous quarter of the year, topping the 80 per cent mark. The project is on track for the first gas in 3Q 2023 despite delays related to the FPSO sailaway.

BP’s partner in the project, U.S.-based Kosmos Energy, informed in its 2Q 2022 report on Monday that Phase 1 of the Greater Tortue Ahmeyim liquified natural gas (LNG) project continued to make good progress and was over 80 per cent complete at quarter-end. This compares to about 75 per cent completion at the end of the previous quarter.

The GTA project will produce gas from an ultra-deepwater subsea system and mid-water FPSO vessel, which will process the gas, removing heavier hydrocarbon components. The gas will then be transferred to a floating liquefied natural gas (FLNG) facility at a nearshore hub located on the Mauritania and Senegal maritime border.

Detailing the project’s progress, Kosmos said that the construction and mechanical completion activities on the project’s FLNG unit continue and commissioning work has begun.

When it comes to the FPSO vessel, mechanical completion loop checks continue and commissioning work has started. The vessel hull is being built by Cosco yard in China.

Petrofac is providing offshore operations services for the GTA project under a contract awarded in May 2022. The scope of work encompasses the provision of specialist personnel, plant and equipment to support offshore operations at the FPSO and LNG hub.

Furthermore, following the shipping of the 21st and final caisson offshore in early March, all 21 caissons have now been installed for the hub terminal. The piling installation is nearing completion and the living quarters platform is currently in transit to the site. As recently reported, Bourbon Mobility’s vessels are supporting Saipem on the construction of the terminal.

In addition, subsea equipment has begun to arrive in the region and installation of the export pipeline has started.

According to Kosmos, the operator has been unable to make up for the delay from the lockdown of the FPSO yard in April and the ongoing Covid-19 restrictions in China. As a result, the FPSO sailaway date is now expected to be in the fourth quarter with the same high level of completion prior to sailaway, which was previously expected to be the end of the third quarter.

“We continue to target the first gas in the third quarter of 2023 with the first LNG expected at the end of 2023,” Kosmos said.

It is worth reminding that the Covid-19 pandemic also caused delays in the project last year, pushing the first gas timing to 3Q 2023.

The initial phase of the Greater Tortue Ahmeyim project is expected to deliver approximately 2.5 mmtpa of natural gas. The partnership is also evaluating potential expansion up to 10 mmtpa in subsequent phases.

Kosmos says that the plans to develop and optimize Phase 2 of the Greater Tortue Ahmeyim LNG project continue to progress. Given the change in the global gas markets in 2022, the partnership is working closely with host governments to evaluate the optimal solution to best utilize the infrastructure associated with Phase 1 of the project. A development decision is planned for the end of the third quarter.

To optimize the commercial value of sales for the gas production from Greater Tortue Ahmeyim, Kosmos plans to utilize existing contractual rights under its Phase 1 LNG sales agreement to divert cargos to prospective buyers in order to benefit from the current market environment.