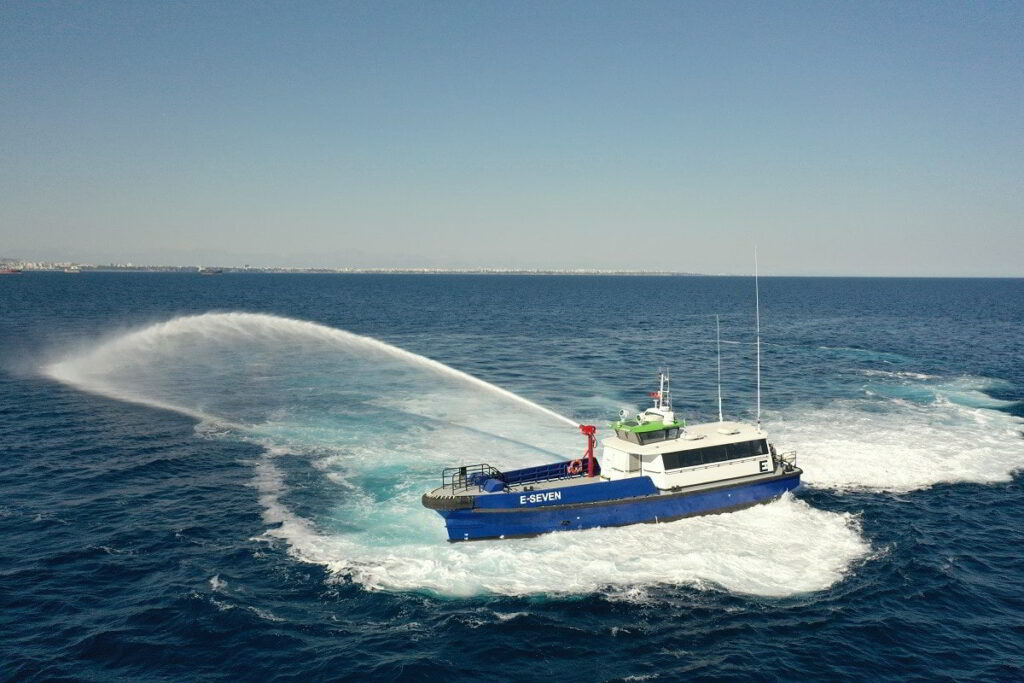 As both vessels are already in stock, one of them has already kicked off operations in Angola to support the country’s oil and gas industry, while the second vessel is expected to join the first one soon.

Damen informed on Monday that the two FCS vessels bought by EMAR are named E-Six and E-Seven. The 22-metre Damen FCS 2206 is a “no-nonsense and robust design” with a 25m² cargo deck and the capacity to carry up to 42 personnel plus two crew at speeds of up to 32 knots.

The company explained that this is in part due to the Axe-bow design that enables the vessel to cut through the waves. As it is built in aluminium, it has a range of up to 315nm at maximum speed in its standard configuration but, with the addition of the optional extra fuel tank, E-Six and E-Seven have a range of 350nm and will be able to reach “even the most remote” oil and gas platforms.

Johan van Beek, Managing Director of EMAR, remarked: “Damen has vessels in stock which are almost finished and this suits our clients who want to start soonest after a tender award. Besides our fleet of tugs and workboats, EMAR Offshore Services also operates four Damen fast crew and supply vessels in West Africa.”

Joost van der Weiden, Sales Manager Benelux at Damen Shipyards, remarked: “We are very pleased to be able to further strengthen our partnership with EMAR and that they have again put their trust in Damen to deliver these two vessels.”

Based on Damen’s statement, this latest sale was facilitated not only by the fast delivery times “enabled by the group’s policy of building for stock” – as the contract was signed on 30 March – but also by the “quality of the build and fit-out, and the ease of operability with only two crew required.”

When it comes to Damen’s other recent activities, it is worth noting that the Dutch shipbuilder was contracted by Malaysia’s Penang Port in January 2022 to build up to five roll-on/roll-off passenger (RoPax) ferries to replace the current fleet.