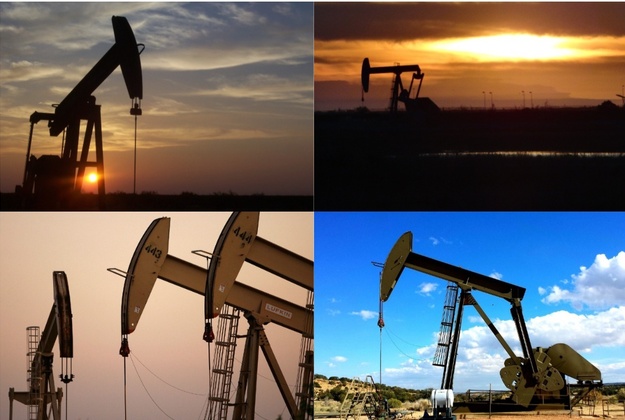 (WO) Hedge funds and other investors looking to cash in on Brazil’s surging oil and gas output are turning to a new breed of drillers as an alternative to turmoil-wracked Petroleo Brasileiro SA, the state-owned producer that’s had four CEOs since early 2019.

Gerval Investimentos, the family office for the controlling shareholders of steelmaker Gerdau SA, is among the asset managers backing so-called junior producers. Last month, it doubled its holdings in 3R Petroleum Oleo e Gas SA — a company with less than a 60th of the market value of Petrobras, as the government-owned oil giant is known — to about 12%. Among others betting on the space are hedge funds Atalaya Capital, Vinland Capital, Mar Asset Management and XP Asset Management.

With crude prices still near a lofty $100 a barrel after Russia’s invasion of Ukraine spurred sanctions and strangled global supplies, drillers like 3R Petroleum offer a new way to wager on soaring output from Brazil — a country that’s set to add more production through 2026 than any other outside of the US and OPEC. Since 2019, Petrobras has sold off more than 100 oil and gas fields to about a dozen junior companies, some created specifically to buy those assets.

While the state-owned producer is still Brazil’s biggest by far, its CEOs have come under fire from President Jair Bolsonaro as he tries to tackle high fuel prices. The recent management shakeups and the threat of more upheaval in an election year have some oil investors looking elsewhere.

They see massive profit potential in the juniors, which promise to deliver substantial increases in output from fields long neglected by Petrobras. Brazil’s oil regulator, ANP, says production from those assets will jump 122% by 2025 after eight years of declines.
“Brazilian oil juniors are good investment alternatives,” said Marcos Peixoto, a Sao Paulo-based portfolio manager at XP Asset Management. “These firms are poised for significant output growth and shares look attractive even assuming a scenario of lower oil prices.’”

Until 1997, when its official monopoly ended, Petrobras was the sole oil and gas producer in Brazil. Even today, the Brazilian Independent Oil and Gas Producers Association has only 19 members, compared with about 9,000 independent drillers in the US.

But with money flowing in from investors, juniors are expected to account for 8.8% of Brazil’s production by 2024, up from 7.2% currently, according to consultant Wood Mackenzie.

Petrobras sold a slew of oil and gas fields to focus on the so-called pre-salt offshore region, which holds the company’s largest and most profitable discoveries. There have been “remarkable cases” of improved drilling efficiency in the fields snapped up by junior producers, said Pedro Medeiros, a founding partner at Atalaya Capital.

Independent producers are an even more compelling play in an election year, given the breakneck CEO turnover at Petrobras and political pressure on the company to subsidize fuel prices. Its current chief executive took the helm in June after Bolsonaro fired his predecessor, who was only in that role for about two months.

But looming over the nascent uptick in Brazil’s independent producers is a cautionary tale some investors know all too well. Oil driller OGX Petroleo & Gas Participacoes SA filed for bankruptcy protection against creditors in 2013 after a spectacular collapse that helped to wipe out the personal fortune of chairman and founder Eike Batista, who was once Brazil’s richest man. He was later sentenced to prison as part of the country’s sprawling corruption probe, known as Carwash.

Then there’s the volatility of the oil market itself. Global crude prices hit a 14-year high near $140 a barrel in March, but are down about 30% since then. Offshore oil projects can take years to complete, and there’s a risk that the market will be much softer by then as the transition to renewable energy accelerates.

Another point of pressure for investors in Brazil’s independent drillers is low trading volume, which can magnify price swings.

Andre Laport, a partner at hedge fund Vinland who says 3R is “very attractive in the long term,” limits the size of the fund’s investment in the independent driller to control risk.

Some independent drillers, like PetroReconcavo SA , already have ambitious plans for growth. The explorer, founded by investors including banker Daniel Dantas, plans to acquire smaller junior producers, according to CEO Marcelo Magalhaes.

“There is a huge upside potential” for oil output from junior producers, said Amanda Bandeira, upstream research associate at Wood Mackenzie. “Petrobras had not been investing in these fields, so small investments bring considerable and quick production increases.”