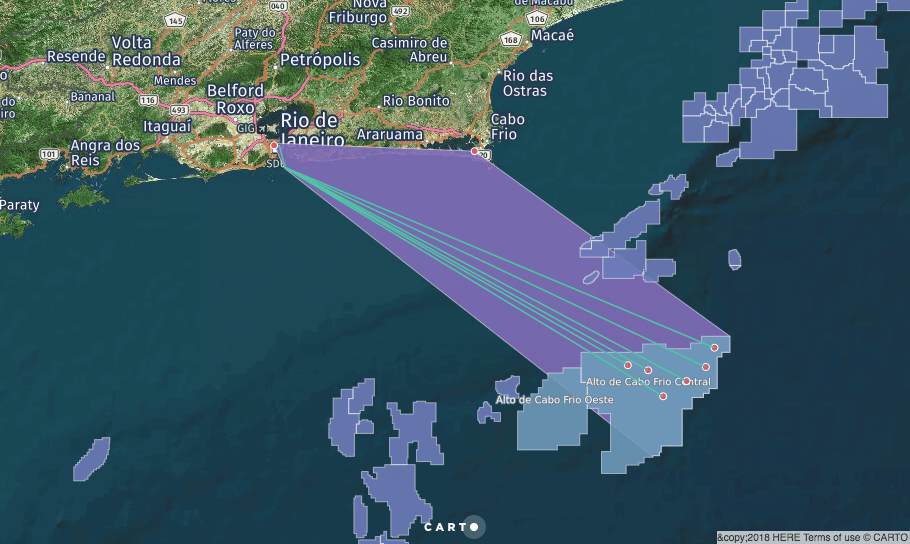 Petróleo Brasileiro S.A. – Petrobras, following up on the release disclosed on 04/01/2022, informs that it has completed a Drill Stem Test (DST) on the 1-BRSA-1383A-RJS wildcat well (Alto de Cabo Frio Central Noroeste) in the pre-salt of the southern portion of the Campos Basin. The new discovery, announced on April 1st, is located 230 km away from the city of Rio de Janeiro-RJ, in a water depth of 1,833 meters.

The DST evaluated a thick interval of pre-salt carbonate reservoir rocks and confirmed good productivity. During the test, oil samples were collected and will be subsequently characterized by laboratory analyses.

The result is the fruit of the consortium’s strategy of maximizing the use of the data and of applying new solutions, allowing for the real-time processing of the acquired data as well as a quick and safe decision-making. The consortium will continue its activities in the Alto de Cabo Frio Central block, aiming to assess the dimensions of the new accumulation.

The consortium will continue the activities in the block to assess the dimensions of the new accumulation.

The Alto de Cabo Frio Central block was acquired in October 2017, during the 3rd bidding round of the National Agency for Petroleum, Natural Gas and Biofuels (ANP), under the Production Sharing regime, having Pré-Sal Petróleo S.A. (PPSA) as its manager.

Petrobras is the operator of the block and holds a 50% stake, in partnership with the company BP Energy do Brasil Ltda. (50%).