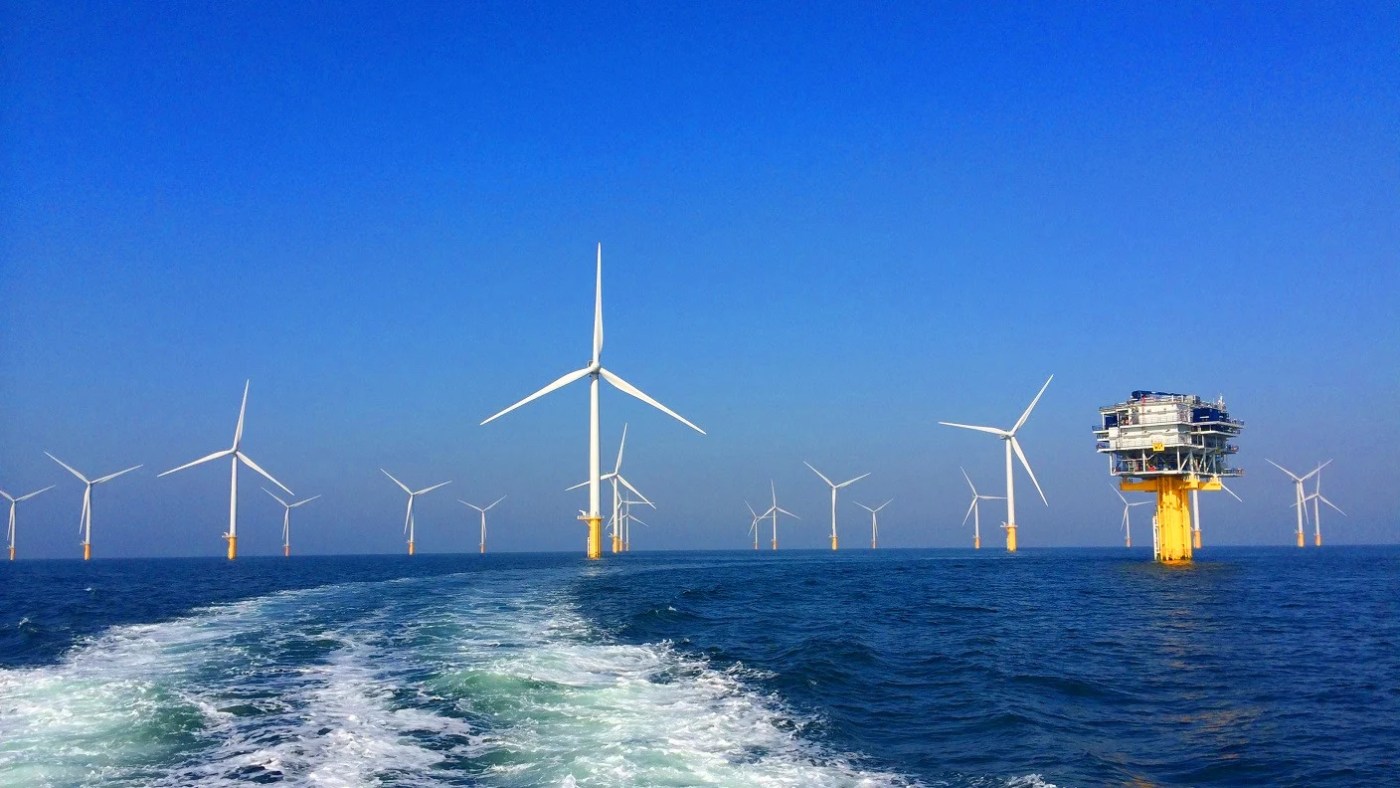 (Upstream) As the world begins the shift towards cleaner and more efficient sources of energy, Brazil’s focus can sometimes seem to be fixed on fossil fuels.

This is understandable, considering Brazil’s pre-salt oil fields are capable of producing more competitively and, advocates say, with lower emissions than just about any other offshore province.

In a country where hydroelectric provides more power than any other energy source, and where the world’s biggest sugar cane industry supplies a 27% ethanol mix to gasoline, many Brazilians feel their country proved its renewable energy credentials long ago.

But Brazil has some of the best conditions for large scale solar and wind power, including vast maritime areas for offshore wind, so there is potential to do much more.

This capacity to produce wind and solar power on a large scale at lower cost has also led the International Renewable Energy Agency (Irena) to include Brazil among a group of nations expected to produce and export green hydrogen on a large scale in the not-too-distant future.

Brazil’s government took a big step forward earlier this year by setting legal guidelines for the designation of key areas for offshore wind projects, including parameters to assign the use of physical spaces and the best use of natural resources for the development of offshore wind initiatives.

“That was a crucial advance for Brazil to begin its journey in the implementation of offshore wind farms safely for investors, the government and the society,” says Elbia Gannoum, chief executive at Brazil’s energy wind association ABEEolica.

The decree came into force in June but needs to be fleshed out over the next six months.

By the end of June, there were applications for 133 gigawatts worth of future offshore wind projects under review by the country’s environmental regulator, Ibama.

A robust regulatory framework for the industry is promised for the government to organise its first-ever offshore wind auction next year.

ABEEolica stresses that more is required to develop infrastructure for transmission lines and ports, considered crucial for companies to reach final investment decisions.

It is not yet clear how much support the Brazilian government will provide for the fledgling sector, whether in the form of subsidies, pricing structures.

There is also a heated debate about the model of auction to be adopted, and whether the fledgling sector should be exposed to competition form the mature and highly competitive onshore wind sector.

“Much of this debate has been about whether there should be a dedicated auction just for offshore wind. The onshore wind lobby has questioned why offshore wind should be given market share when it is more expensive, but there is a growing understanding in Brazil about of the need to help offshore wind get through this initial start-up period, after which costs will fall,” a potential investor in Brazilian offshore wind commented.

ABEEolica is rooted in Brazil’s mature onshore wind sector, but Gannoum has seemed increasingly sympathetic to the demands of offshore wind backers in speeches to industry forums.

Gannoum is optimistic about the development of local supply chains for offshore wind, taking advantage of Brazil’s industrial base, shipyards and the established presence of leading suppliers of turbines and other long lead items.

“We want to have companies in Brazil producing equipment and generating jobs and, over time, offshore wind cost will be reduced, much like what happened with solar and onshore wind power,” she says.

While the industry is still awaiting more detailed regulation to avoid having to address multiple jurisdictions within the government, several sector heavyweights have already sought permits for multi gigawatt-scale wind farms offshore Brazil.

European oil majors Shell and Equinor are among the companies leading the charge in Brazil, while big international utilities such as EDP, Engie and Iberdrola are not lagging.

Equinor, in partnership with Petrobras, plans to develop the Aracatu offshore wind farm in the Campos basin, with up to 4.66 GW of installed capacity over 1173 square kilometres.

In its conceptual form, Aracatu has been divided into two phases — each consisting of 160 turbines of 12 to 16 megawatts each on monopile foundations in water depths ranging from 15 to 35 metres.

Studies submitted to Ibama by Shell point to six offshore wind farms in Brazilian waters with a planned 17 GW of combined capacity, in a major new expansion of its ambitious plans for the sector.

The proposed project is spread across the Brazilian continental shelf, with wind turbines ranging from the north-east coast to the southern border.

Meanwhile, French and Portuguese utilities Engie and EDPR, through their joint venture Ocean Winds, are pursuing permits for 15.2 GW of offshore wind in Brazil.

Gannoum acknowledges that Brazilian wind projects are now proliferating at a rate that suggests that many might never leave the drawing board, but ABEEolica also predicts that in a not-so-distant future, offshore wind farms in Brazil could be linked to an emerging industry that will play a vital role in the energy transition process — hydrogen.

Some states in the north-east have already signed co-operation agreements that will allow the production of green hydrogen within a few years, using wind power to avoid any emissions in the electrolysis process.

Shell is also eying Brazil’s potential for green hydrogen and ammonia production and recently signed a memorandum of understanding with Port of Acu for the joint development of a pioneering pilot plant.

Shell is looking to invest up to $120 million in research, development and innovation in Brazil this year, with part of it destined for the hydrogen pilot plant.

The facility is due for completion in 2025 and initially will have capacity of 10 MW, potentially reaching 100 MW with the use of solar and offshore wind power to produce hydrogen.

A Brazilian decree setting out legal guidelines for the implementation of offshore wind projects was issued in January but seen as a mere starting point for developing an industry that already has permitting applications for more than 130 gigawatts of capacity.

Reinforcing this point, lawmakers in Brasilia are now debating a federal bill that proposes a regulatory framework for developing renewable energy in the offshore environment, including floating solar power.

Drafted by Jean Paul Prates, a senator from the opposition Workers’ Party, the bill enjoys support across the political spectrum and has pro-government lawmaker Carlos Portinho as its rapporteur in the Senate.

The bill is expected to clarify and simplify a tangle of competing proposals for offshore wind, and has gained enough support in the upper house to dislodge rival bills.

The proposals have been welcomed by energy companies and potential investors, although some aspects have been questioned.

Criticism, although muted, has focused on proposed fee equivalent to 5% of gross revenues — dubbed “royalties” by many observers, although this term is not used by the drafters.

This proposal was targeted for criticism by global heavyweights from the oil and wind sectors during a Senate forum in May.

They argued the planned charges could potentially hinder offshore wind development, and also warned about involving too many entities in the regulatory and approvals process.

“The bill, on the whole is a good one. Brazil has a habit of taking a good idea and over-regulating, but there is good reason to hope that this will not happen this time,” an executive with one energy company tells Upstream.

Companies warned Brazilian lawmakers not to load costs onto the nation’s first wave of offshore wind projects, calling for any such fee to be closer to 1% and based on net revenues from power sold, similar to the leases paid to landowners by operators of onshore projects.

“A low fee is important in the beginning to propel the industry,” says Elbia Gannoum, chief executive at Brazil’s energy wind association ABEEolica, adding that she does not see the need for subsidies to stimulate investments.

There are also concerns about the competitive bidding format that will emerge that, according to some interpretations, could include something akin to signature bonuses.

“There are aspects of this bill where it resembles the oil and gas concessions,” a manager with another interested energy company.

A new version of the bill, soon to be laid before a Senate committee, seen by Upstream, shows that the proposed fee has been reduced to 2% of gross revenue.

With offshore wind projects adding up to more than 130 GW of capacity in the process of seeking environmental permits off the coasts of seven different Brazilian states, the interest from potential investors is intense.

However, the industry also faces significant challenges regarding transmission infrastructure, as well as cost and value competitiveness within the Brazilian market.

With offshore wind potentially competing with other more mature energy sources such as onshore wind and solar, there are high hopes for tax breaks and auction rule concessions to help reduce costs and stimulate investments in infrastructure.

A recent report published by the Global Wind Energy Council (GWEC) picked up on this, stating: “One of the most relevant aspects for investors are the rules that will be established for energy auctions.”

Brazil will also need to develop a domestic supply chain and invest in repurposing or developing ports and yards.

“This would allow for a strong market expansion due to its capacity to supply other renewable generation chains, such as green hydrogen,” the GWEC added.