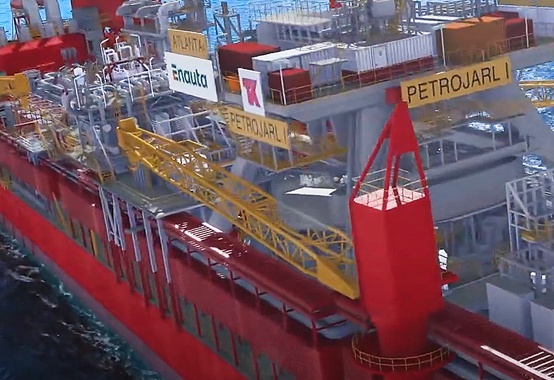 Enauta started the scheduled shutdown of the Atlanta field, in the Santos basin. The expectation is that the operation of the field will be resumed in August. During the stoppage of production of the asset, the company intends to carry out a series of activities to meet the regulatory requirements of the Ministry of Labor. In addition, Enauta will also prepare the FPSO Petrojarl I for its recertification by DNV (Det Norske Veritas), with a view to extending the vessel’s Charter and Operation and Maintenance (O&M) contracts for up to two years. FPSO Petrojarl I operates in the Early Production System (SPA) of the field.

“Enauta chose to make a single stop for the combined performance of the activities, allowing to reduce the necessary time. Once recertification is obtained, the contractual extension of the FPSO will allow the continuous operation of production until the entry of the Definitive Production System, scheduled for mid-2024,” the company said in a statement to the market.

the new Atlanta development plan has been approved by the National Petroleum Agency (ANP) and requires Enauta to start operating the Atlanta Definitive System (SD) FPSO by June 30, 2024. FPSO OSX-2, which will be installed in the SD, will have the capacity to produce 50 thousand barrels of oil and process 140 thousand barrels of water per day.