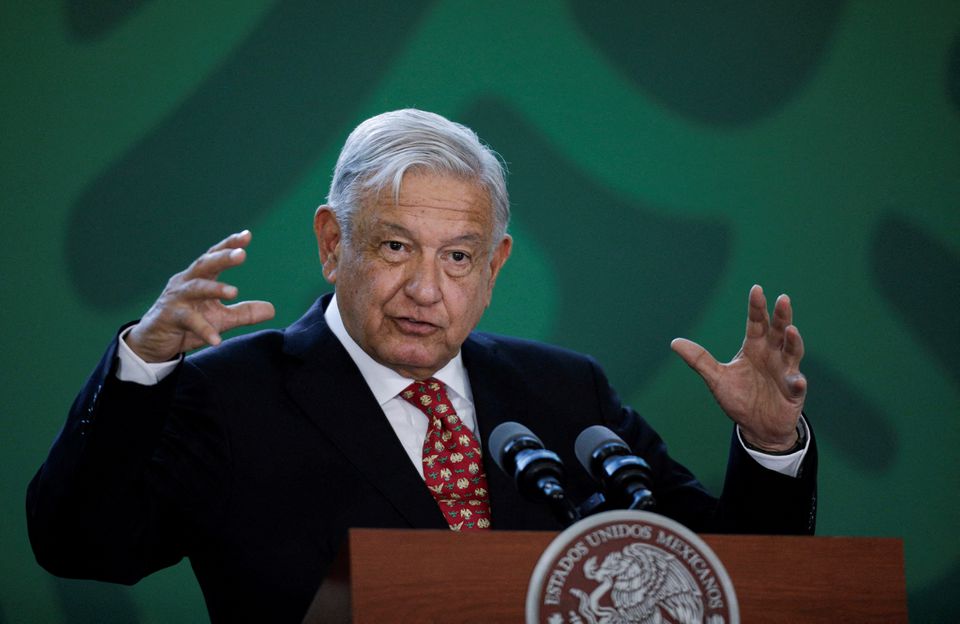 Lopez Obrador told a news conference that the flagship project in the port of Dos Bocas owned and operated by state-run oil company Petroleos Mexicanos (Pemex) will be ready to start producing gasoline in 2023.

The president said recent reports putting the cost at double the initial price tag or more were an “exaggeration.” But he conceded it would end up costing an additional 20-30%, giving a figure of between $11-12 billion, pointing to increased outlays.

As early as April, however, people close to the project told Reuters it would cost at least $14 billion. read more Other sources familiar with the matter have since told Reuters it could end up being even more than that.

The president has been planning to open the so-called Olmeca refinery, which began construction in 2019, at the end of next week. However, following delays, the government is now referring to it as the inauguration of the first stage of the facility’s construction.

The leftist president argues that the Dos Bocas refinery, Mexico’s first such new facility built in four decades, is needed to wean the country off foreign supplies of motor fuels, mostly imported from U.S. refiners.

The refinery, with a crude processing capacity of 340,000 barrels per day, should be Pemex’s largest once it comes online.