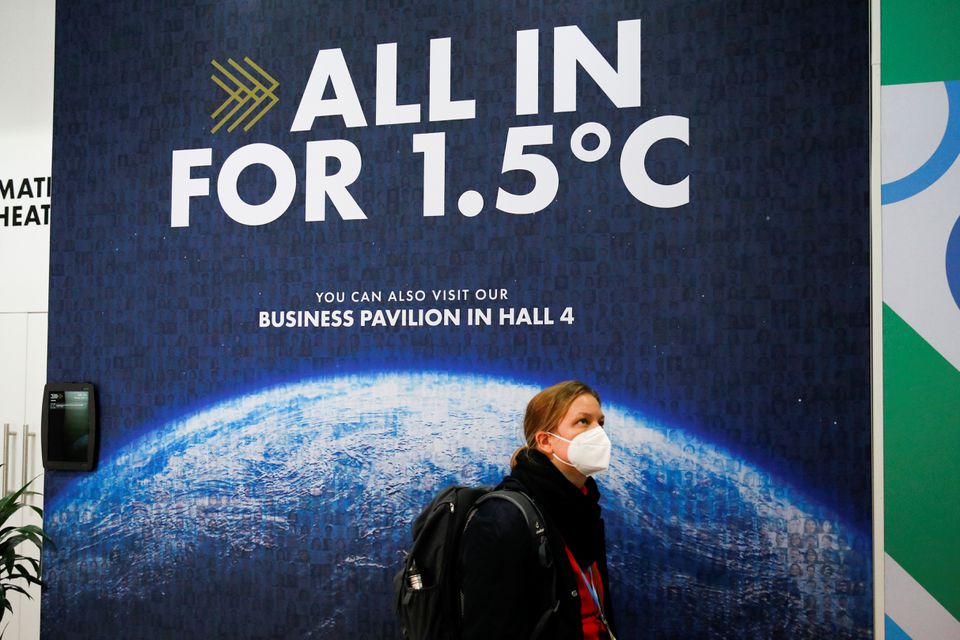 “Renewables in and of themselves aren’t enough to solve this problem,” Standard Chartered (STAN.L) Chief Executive Bill Winters said, adding that carbon sinks and other technologies to remove carbon from the atmosphere were also needed.

“The best opportunity right now is that the cost of fossil fuels has gone through the roof on the back of the Russian invasion and that makes renewables very attractive economically,” he said.

Michel Fredeau, managing director and senior partner at Boston Consulting Group, said the green transition demanded a level of speed and collaboration that had never been achieved before “and this takes time”.

One of the biggest challenges remains how to power ships that keep global trade going but which run on fossil fuels.

Quah Ley Hoon, chief executive of the Maritime and Port Authority of Singapore, said the shipping industry was looking at a range of technologies to clean up, possibly relying on ‘green’ hydrogen – drawn from water using renewable electricity – and carbon capture beyond 2050.

She said making ‘green’ hydrogen was too expensive for now, while carbon capture would make it possible to use conventional fuels.

Those were “two solutions that are possible in the long term,” she said, speaking on the sidelines of Temasek’s annual Ecosperity sustainability conference in Singapore.

Nuclear energy, with zero carbon emissions although it produces radioactive waste, could also play a role.

“We end up having pointless debates about whose technology is better, but actually we should just be using all of them and displacing coal as quickly as possible,” said Ian Chapman, chief executive of the UK Atomic Energy Authority.

He said fusion power, a technology that is now a focus for research and development, could play a role in future as it was safer than existing fission reactors. A fusion reactor also does not create long-lived radioactive nuclear waste.