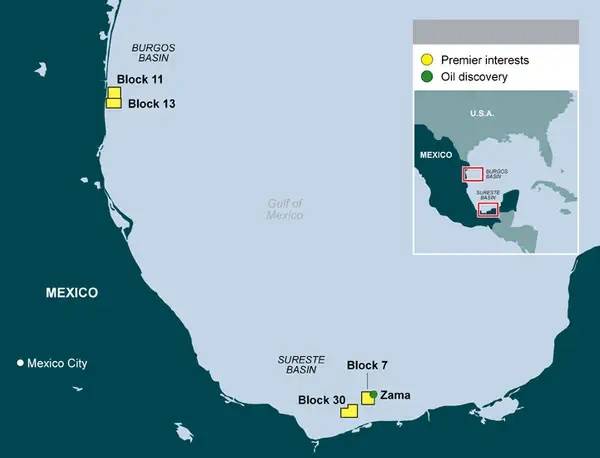 (Reuters) U.S.-based oil producer Talos Energy has temporarily suspended pursuit of an arbitration claim against Mexico amid high-level talks over one of the country’s flagship offshore projects, five people close to the matter said.

The dispute erupted after Mexico selected state-run Petroleos Mexicanos (Pemex) as the operator of their shared 850-million-barrel Zama field ahead of Talos, potentially giving the U.S. firm little say over its development.

It is one of several involving an investor complaining of breaches of energy agreements after steps by Mexican President Andres Manuel Lopez Obrador in recent years to freeze an energy market opening started by the previous government.

Actions have included suspending auctions and giving state-run firms, including Pemex, a greater role in the industry.

The U.S. firm said Mexico’s decision violated the United States-Mexico-Canada (USMCA) trade agreement and a bilateral investment treaty with the United States. In September, it submitted notices of dispute under USMCA, a step toward an international arbitration claim.

However, the sources told Reuters that Talos is currently engaged in talks that could give its consortium a greater say in the project. The discussions are expected to continue for several weeks, one of the people said.

“(Arbitration) is still on the table, but Talos is not pushing for it in this moment,” one of the people familiar with the matter said. “It is really trying its best to reach an agreement over how the project can be operated in a way Talos has a significant role.”

The decision came as a key meeting led by President Lopez Obrador and U.S. ambassador to Mexico Ken Salazar last month kicked off high-level talks, according to two of the people. An embassy spokesperson did not reply to requests for comment.

The talks including officials from Mexico’s energy ministry have raised the prospect that even with Pemex as operator, the U.S. producer and partners Harbour Energy HBR.L and Wintershall Dea WINT.UL will have strong governance in the field’s technical and commercial development, the people said.

Talos, which holds a 17.35% interest in Zama after the unification with Pemex’s neighboring block, had sought to be named operator, which would give it primary responsibility to determine the best way to develop the discovery, among the world’s most prominent in shallow waters.

The firm, which says it has a “consistent track record of success, safety and progress” and is financially better placed to move forward with it, has argued most of the reserves – discovered by its consortium in 2017 – are on its side of the reservoir.

Talos and partners have continued discussions with Pemex over technical aspects of a joint development plan that has to be submitted to Mexico’s oil regulator up to 12 months after the operator selection, two of the people said.

Approval is a critical step toward a planned 2023 funding authorization, called final investment decision. But hurdles remain over two key aspects: project financing and Pemex’s recognition of the Talos group’s previous investment, one of the people said.

The U.S. firm, the largest independent operator in the U.S. Gulf of Mexico with output this year of up to 64,000 bpd, sees Zama as a major outlet for oil and gas exports.

Pemex, on the other hand, is under pressure to boost output for domestic refining. It continues to struggle with a lack of cashflow, which has limited its ability to drill in waters adjacent to the consortium’s Block 7.

Development is expected to include two fixed output facilities to handle 150,000 bpd of oil and gas. Zama’s location would make it the deepest offshore production facility ever installed in Mexico.

“Zama is a valuable project in the company’s portfolio,” Talos Chief Executive Timothy Duncan said during a quarterly results presentation this month. “Talos continues to have constructive dialogue with Pemex, on how we can move this project towards final investment decision in the most commercially attractive way.”

The field could produce over 160,000 bpd once fully developed and generate some $30 billion of revenue to Mexico’s government, in addition to Pemex’s share of the project, Talos has said.