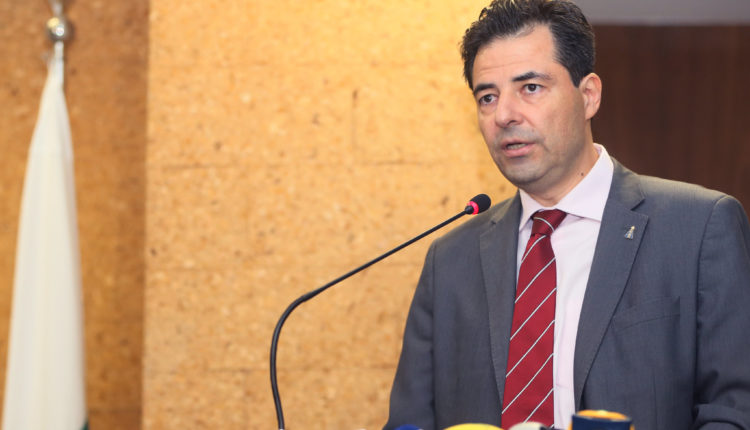 (Reuters) – Brazil’s newly appointed Mines and Energy Minister Adolfo Sachsida will face resistance at Petrobras (PETR4.SA) if he pushes to remove import costs from the state-run oil company’s fuel price calculations, according to people familiar with the matter.

Sachsida has supported the move as a way to ease pressure on consumer prices amid a surge in energy prices, sources said, but Petrobras management has serious concerns with ignoring freight and insurance costs when calculating global price parity.

President Jair Bolsonaro has railed against record profits at Petrobras amid double-digit inflation, hurting his re-election chances this year, but his moves to replace one official after the next have made little impact on price policy.

Petroleo Brasileiro SA, as the state firm is formally known, is responsible for more than 80% of Brazil’s refining capacity, but under company bylaws it tracks global energy costs when setting domestic fuel prices.

Petrobras told Reuters in a statement that including import costs is “fundamental” to establishing competitive prices in Brazil, a net fuel importer, in order to avoid undercutting importers and triggering fuel shortages.

The mines and energy ministry did not reply to a request for comment.

Appointed last week to head the ministry, after Bolsonaro fired the last minister over a diesel price increase, Sachsida has not yet spoken about specific measures to curb fuel prices. read more

In March, Reuters reported that officials in the economy ministry, where Sachsida worked then, were pushing Petrobras to strip import costs from its price calculations. read more

Two government sources, who spoke on condition of anonymity, said Sachsida supports the move. But four Petrobras officials told Reuters that the current management does not agree with any modifications in the formula for pricing fuel.

“Inventing a different calculation does not change the fact that we are fuel importers. Prices are set by the market,” said one of them, asking for anonymity since discussions are private.

Another source said the idea seems unfeasible because it would push fuel importers out of the national market, which Petrobras cannot supply entirely on its own.

Two company executives said any decision on a new pricing formula would need to come from the company’s board, which has made no sign that it plans to change the policy.

Although Bolsonaro has had little problem changing the chief executive of Petrobras, as he did in April of this year and last year, such a move would likely require replacing the board at a shareholders’ meeting, which would take at least 40 days.

Under company bylaws, the CEO must be a member of the board.