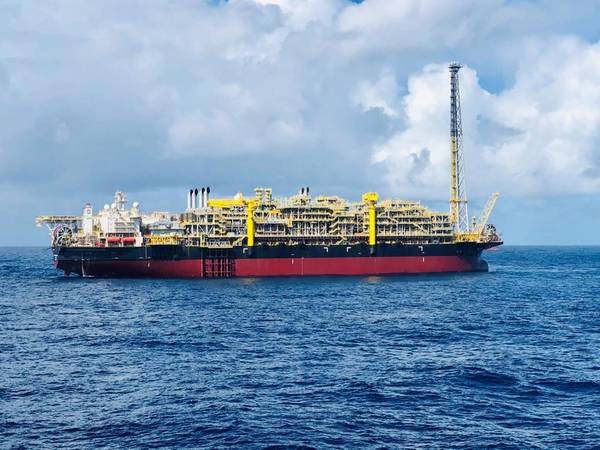 (WO) Shell Brasil Petróleo Ltda., a subsidiary of Shell plc, announced the start of production of the FPSO Guanabara in the Mero field, offshore Santos Basin in Brazil. The FPSO Guanabara, which while under construction was also known as Mero-1, has an installed capacity of 12 million cubic meters of natural gas and 180,000 barrels of oil per day and initially has six producing wells and seven injector wells connected to the field.

“Today’s announcement serves as the latest reminder of the strength of our position in Deep Water in Brazil with world-class assets, a prolific basin and a robust portfolio,” said Zoe Yujnovich, Shell Upstream Director. “Mero is part of our core Upstream position, which is a cornerstone of our Powering Progress strategy to deliver the stable, secure energy resources the world needs today while investing in the energy of the future.”

Located 150 kilometers (93 miles) from the Rio de Janeiro coast and in a water depth that reaches 1,930 meters, Mero will receive three more FPSOs between 2023 and 2025. Shell’s Powering Progress strategy includes increasing investment in lower carbon energy solutions, while continuing to pursue the most resilient, competitive, and highest return Upstream investments to sustain material cash delivery into the 2030s, to support our dividend and fund Shell’s transformation.

Shell’s global deep-water portfolio represents two core positions in its Upstream business with prolific basins in the U.S. and Brazil, along with an exciting frontier exploration portfolio in Mexico, Suriname, Argentina, and West Africa.