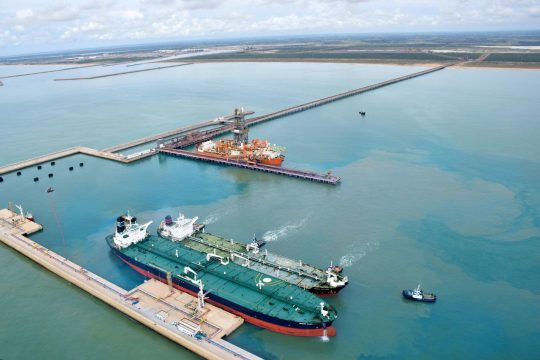 (PN) Açu Petróleo has just announced that it is now called Vast Infraestrutura. For the company, the name change represents an expansion of its business and a new positioning in the infrastructure market. “A brand look ahead and attentive to the future of energy”. The company is no longer exclusively an oil transshipment company to expand its portfolio and enable the movement of other liquids. Açu Petróleo was born in 2015 as a company dedicated to providing oil transshipment services for the export market. With the world’s growing demand for new energy sources and the evolution of debates on low carbon scenarios, the company understood that it was necessary to go further. Beyond Açu and beyond Petroleum only. Vast Infraestrutura is a company dedicated to offering infrastructure and logistics solutions for the safe, clean, efficient and sustainable movement of liquids for the energy market.

“The company remains with the same values ​​and the same essence,” says the company’s statement. The transformation is broader and with the commitment to open increasingly sustainable paths for the movement of liquids of the present and the future. The company belongs to Grupo Prumo, a holding company controlled and developed by EIG Partners. This new moment also marks the beginning of operation of two Chinese companies in the terminal. CNOOC (China National Offshore Oil Corporation), which recently signed a contract, is one of the largest production exploration companies in China and currently has production in Brazil in the Mero and Buzios fields. Through this contract, Vast becomes the main logistics partner in Brazil for the export of CNOOC’s Brazilian production. The other agreement, signed with Petrochina, one of the largest exploration and production companies in China, carried out the first operation at the Terminal in April. The action involved a VLCC-type export vessel and a Suezmax-type shuttle, moving approximately 1 million barrels.

With activities started in 2016, the company is the owner of the only private terminal in Brazil for the transshipment of oil in sheltered waters with the capacity to operate VLCC (Very Large Crude Carrier) class vessels. The asset has a privileged location, close to the main oil producing fields in the Campos and Santos basins, a region where production from the Pre-Salt is predominant. With a depth of 25 meters, the terminal is licensed to handle up to 1.2 million barrels of oil per day. Responsible for more than 25% of the country’s oil exports, Vast has also been heavily involved in cabotage support operations to feed refineries along the Brazilian coast, increasingly consolidating itself as a logistics solutions company specializing in the movement of for the country’s energy market.