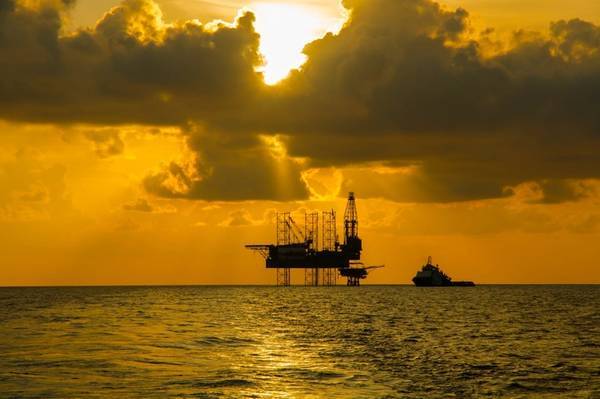 Houston-based Vaalco Energy has brought on stream its second well in the 2021/2022 four-well drilling campaign offshore Gabon and started drilling the third one. The second well has shown strong initial flow rates.

To set its 2021/2022 drilling campaign focused on the Etame field in motion, Vaalco hired in June 2021 a jack-up rig provided by Borr Drilling to spud two development wells and two appraisal wellbores. The deal also left room for the drilling of additional wells. The first of these four wells was spud in December 2021 and brought into production in February 2022.

Based on Borr Drilling’s fleet status report from February 2022, the drilling was carried out by the jack-up rig Norve, which is under contract with Vaalco from December 2021 until April 2022.

Earlier this month, Vaalco confirmed the successful drilling of the Avouma 3H-ST development well from the Avouma platform in the Etame field, expecting to bring it online within a few weeks to increase recovery from the Avouma field.

In an update on Tuesday, Vaalco announced that it successfully completed and placed into production the Avouma 3H-ST development well with an initial flow rate of approximately 3,100 gross barrels of oil per day (BOPD), which is above the company’s internal expectations.

George Maxwell, Vaalco’s Chief Executive Officer, remarked: “We are very excited with the initial results from another highly successful development well at Etame. The initial rates of 3,100 gross BOPD are exceeding our initial internal estimates and demonstrate the potential of this new extension reservoir at Avouma. We have now brought online two successful development wells in 2022 with very strong initial flow rates at an opportune time, with sustained higher Brent pricing.”

The U.S.- based firm explained that this sidetrack well – which is the second successful well in Vaalco’s 2021/2022 drilling campaign – targeted existing high-quality Gamba hydrocarbons at the top of a structure that have not previously been produced by prior wells.

According to Vaalco, the well confirmed the extension of the Avouma reservoir and is forecasted to increase the overall recovery from the field, potentially allowing for additional wells at Avouma. The company further elaborated that the reported strong initial flow rate of approximately 3,100 gross BOPD, adds 1,586 BOPD net revenue interest to Vaalco, or 1,823 BOPD to Vaalco’s working interest, which is above the firm’s internal expectations.

Meanwhile, the U.S. player informed that drilling operations have started on the third well in the drilling programme – the ETBSM 1HB-ST development well – which is also being done from the Avouma platform. This well is targeting the Gamba reservoir and testing the Dentale formation, which is productive in other areas in the Etame license, with the potential to complete and produce from the Dentale in this well.

“We have begun drilling our third well, the ETBSM 1HB-ST development well, which will also target the Gamba reservoir, but just as importantly, allow us to test the deeper Dentale formation at South Tchibala which has not yet been delineated in this area. The increasing revenue we are generating due to the higher pricing and higher production is allowing us to grow our cash position and fund all of our 2022 capital expenditures with cash on hand and cash from operations,” added Maxwell.

The Etame Marin field is operated by Vaalco with 58.8 per cent working interest and 63.6 per cent participating interest, while its partners are Addax Petroleum and PetroEnergy. Currently, the U.S.- based company is putting all the wheels in motion for the Etame Marin field reconfiguration to replace the existing FPSO – which has been operating on the field since 2002 – with an FSO unit.

As previously reported, the FSO deployment is scheduled for the third quarter of 2022 and Vaalco picked DOF Subsea in March 2022 to support its activities in replacing the existing FPSO unit.