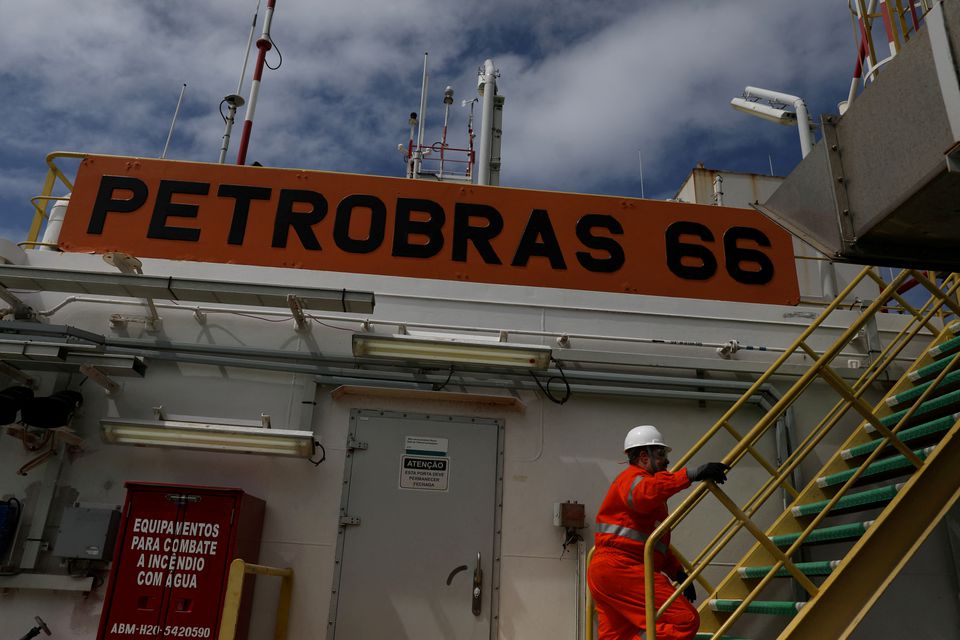 (Reuters) – Record volumes of fuel oil from Latin America landed in the United States in March, customs data showed, as refiners snapped up alternatives to Russian feedstocks ahead of Washington’s April 22 deadline to end U.S. imports of Russian oil.

Russia accounted for about a quarter of the 524,400 barrels per day (bpd) of fuel oil the United States imported last year. It also supplied some 200,000 bpd of crude mostly to U.S. East Coast refiners. read more

Middle East suppliers’ share of U.S. fuel oil imports are also set to rise, to about 17% from 5% a year ago. read more

Record Latin American fuel oil flows of nearly 216,000 bpd come as U.S. and Venezuelan officials have discussed a potential easing of sanctions that could return Venezuelan oil to the United States after a three-year pause. The United States imported 4% of its fuel oil needs from Venezuela in 2018, before the sanctions.

Mexico, which has expanded fuel oil exports for the past three years, accounted for 26% of the U.S. imports of the fuel in March, compared with 18% in 2021, customs data showed.

State-run oil company Pemex reported a slight increase in its overall fuel oil exports to 175,300 bpd in February, from 170,600 bpd the previous month. Pemex plans to maintain shipments between 175,000 and 200,000 bpd in the coming months, according to a person familiar with the matter.

At least three tankers from Mexico carrying fuel oil and oil byproducts have discharged at U.S. ports this month and another was on its way, customs and Refinitiv tanker monitoring data showed.

Pemex did not reply to a request for comment.

Brazil’s state-controlled Petrobras said demand for Brazilian fuel oil from U.S. Gulf Coast refiners has grown. Brazil, Mexico, Algeria and Saudi Arabia are taking over from Russia as main suppliers of fuel oil for the Gulf Coast, the company said.

One cargo arrived in the U.S. Gulf in February and another similar cargo is due to discharge in April, U.S. customs and Refinitiv cargo tracking data showed. read more

The United States could also see an increase in oil imports from Ecuador if state-run Petroecuador agrees to medium-term contracts with refiners. read more