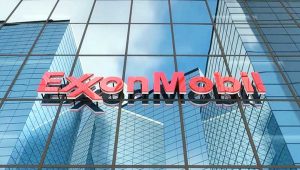 (Reuters) – Exxon Mobil Corp (XOM.N) on Monday signaled first quarter production results could top a seven-year quarterly record, with operating profits from pumping oil and gas of up to $9.3 billion.

A snapshot of the largest U.S. company’s quarter ended March 31 showed operating profits from its oil and gas unit could jump by between $1.9 billion and $2.7 billion over the prior quarter’s $6.6 billion. Official results are expected to be released on April 29, according to a securities filing.

Exxon does not hedge, or lock in oil sales, and results generally match changes in energy prices. Russia’s invasion of Ukraine pushed up oil by 45% last quarter over the final period of 2021, to an average of $114 per barrel, the highest in seven years. read more

The blockbuster oil and gas profits offer an preview of what lies ahead for other firms’ oil earnings. Results could heat up calls by U.S. and European Union lawmakers for windfall profits taxes on energy companies.

Final results could be dampened by impairments to Exxon’s Russian operations. The company last month said it would phase out of Russia following the invasion of Ukraine. The oil company has $4 billion in assets at risk to potential seizure and faces a 1% to 2% hit to production and revenue from the move. read more

“Depending on the terms of its exit from Sakhalin, the company may be required to impair its investment in the project,” it said in a filing.

The company is expecting impairments of $800 million.

First quarter per share profit is projected to be $2.12, according to the mean estimate of 18 analysts tracked by Refinitiv IBES. That could represent year-over-year growth of more than 200%. Adjusted earnings per share were 65 cents in the first quarter a year ago.

High oil and gas prices accelerated after Russia’s invasion and sanctions were imposed on its oil, coal and LNG. Global oil prices hit a 14-year high in the first quarter and have since cooled as the U.S. announced a release of emergency stocks and China began a lockdown.