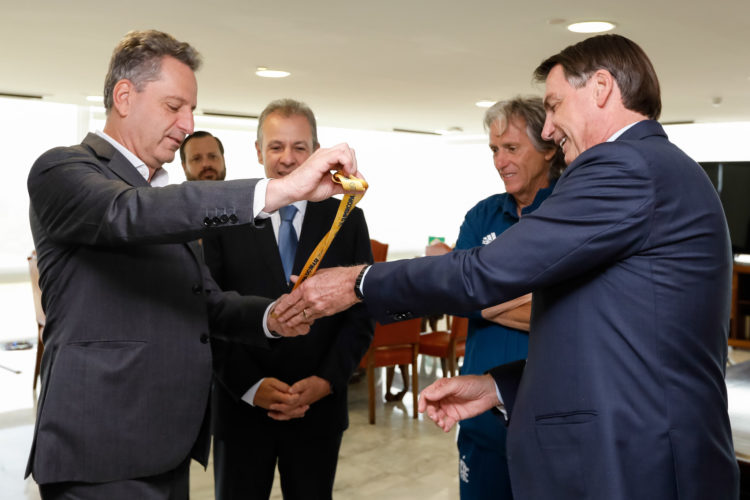 (epbr) Rodolfo Landim, former president of BR Distribuidora and current president of Flamengo football club, withdrew from the nomination of President Jair Bolsonaro  to preside over the Board of Directors of Petrobras. He sent a letter to the Minister of Mines and Energy, Bento Albuquerque, reporting the concern of not being able to reconcile the demands of the company and the club.

“Despite the size and importance of Petrobras for our country, and the enormous honor for me to hold this position, I would like to inform you that I decided to give up this nomination, concentrating all my time and dedication to the even greater strengthening of our Flamengo team”, says a letter published on the carioca club’s website.

Landim was appointed by the Bolsonaro government to the Petrobras Board of Directors in early March. The Petrobras General Shareholders’ Meeting that will endorse new nominations is scheduled for April 13th.

Denounced by the MPF

In 2010, after Landim left Grupo X, owned by businessman Eike Batista, Landim created the private equity fund Mare Investimentos, together with Demian Fiocca, former president of BNDES in the Lula government, Nelson Guitti, who had been his director at BR Distribuidora. , and lawyer Leonardo Ugatti.

In July last year, the Federal Public Ministry (MPF) denounced Landim, Guitti, Fiocca and Geoffrey David Cleaver and Gustavo Henrique Lins Peixoto for fraudulent management of the investment fund to the detriment of the Funcef, Petros and Previ pension funds. The investigations pointed to a loss of more than R$100 million, in historical values.

The complaint also shows that a bank account of Landim in Switzerland moved US$ 15.1 million to the account of Carlos Suarez, owner of Termogás, who had his account blocked by Swiss authorities.