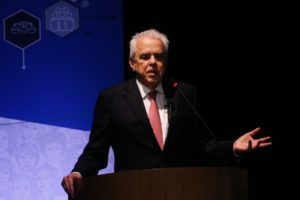 3R PETROLEUM ÓLEO E GÁS S.A. (“3R” or “Company”) (B3: RRRP3), in compliance with the provisions of CVM Resolution No. 44, informs its shareholders and the market in general that, following the best corporate governance practices, on this date has published the Proposal (“Proposal”) for the Annual and Extraordinary General Meeting (“Meeting”) to be held on April 29, 2022.

Among the matters to be discussed at the Meeting, the Proposal includes the appointment of two new members to the Board of Directors, namely Mr. Roberto Castello Branco and Mr. Harley Lorentz Scardoelli, the latter replacing the current board member Mr. Santiago Salvador de Lafuente. If the Proposal is approved, the Company will have 6 members on its Board of Directors.

Mr. Harley Lorentz Scardoelli holds a degree in Civil Engineering from the Federal University of Rio Grande do Sul and in Business Administration from the Pontifical Catholic University of Rio Grande do Sul, in addition holds the title of Chartered Financial Analyst (CFA). Mr. Harley began his career at the Gerdau Group in 1988, where he worked for 33 years, being responsible for acquisitions, operations takeover and implementation of the Gerdau culture in assets in Canada, the United States, Spain and Brazil. Throughout his career, Mr. Scardoelli has held executive positions in companies of the Gerdau Group, including the positions of Executive Vice President of Finance (CFO) and Investor Relations Officer from July 2015 to December 2021, as well as Member of the Finance Committee and of the Strategy Committee of Gerdau S.A. and the Board of Directors of Seiva S.A.

To access the full Proposal, click here. Finally, 3R reinforces its commitment to keep its investors and the market in general duly informed, in line with the best corporate governance practices and in strict compliance with current legislation