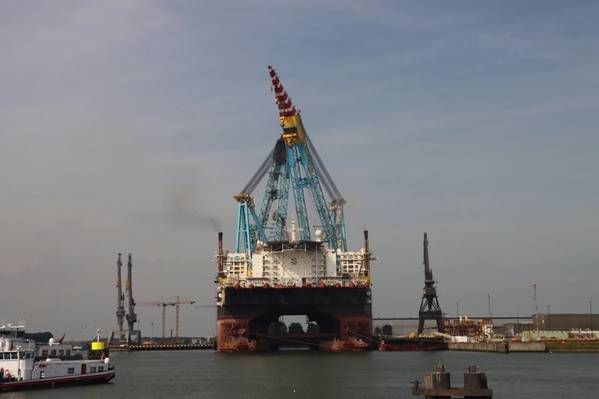 (Reuters) – Saipem (SPMI.MI) will launch a 2 billion euro ($2.2 billion) capital increase this year and sell assets to help fund a turnaround plan to bring the troubled Italian energy services group back into the black.

The company stunned investors in January when it downgraded earnings by a billion euros due to a significant deterioration of margins on some contracts including offshore wind, sending shares plunging.

Eni and CDP, tied by a shareholder pact, will stump up 645 million euros while the banks will fund 855 million euros to help meet immediate liquidity needs.

“Short-term funding of 1.5 billion euros will be in place by 31 March which is a relative positive,” said broker Jefferies.

Saipem, advised by Rothschild, also expects to raise more than 1.5 billion euros from asset sales, including onshore drilling where “exclusive negotiations with a leading international operator” are under way.

In its new plan to 2025, Saipem said it would cut costs and focus more on its legacy offshore engineering and construction (E&C) business where it expected average growth of 8% to 2025, especially in the Middle East and Africa.

Gas and liquefied natural gas projects will be a focus for onshore business at a time when a global rush to secure more oil and gas resources after Russia’s invasion of Ukraine could play to Saipem core strengths.

“The plan does not envisage the acquisition of new contracts in Russia,” it said, adding the four projects in the country in its backlog were worth 1.966 billion euros.

The energy transition will remain a focus but the group will rein in ambitions for the next two years by focusing on its lower-risk offshore wind business. After that it will use strategic partnerships to help it grow its portfolio.

Saipem, a market leader in subsea E&C, has been looking to develop new lines of business to meet an increasing customer focus on green technologies, including offshore wind.

But analysts say renewable energy requires a different set of skills to guarantee the kind of returns Saipem has achieved from its traditional business.

Adjusted core earnings are expected to be more than 500 million euros this year after a loss of more than 1 billion euros in 2021.

The company said it would return to cash generation between 2023 and 2024 with around 700 million euros in cash expected in 2025.

Banks will also arrange a new revolving credit facility of up to 1 billion euros by the start of the cash call and bilateral signature lines worth around 1.35 billion euros.