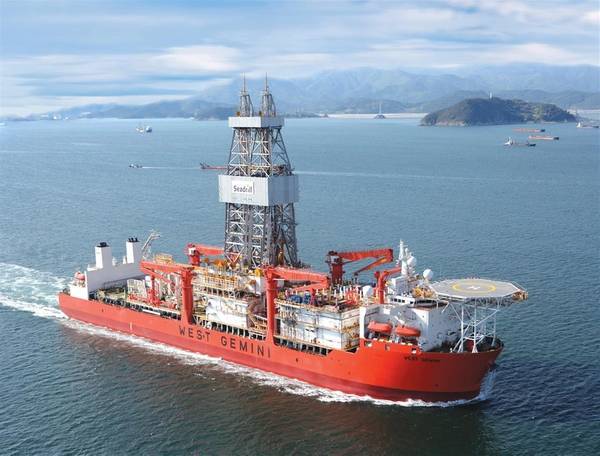 Johnson will replace Stuart Jackson as President and Chief Executive Officer with immediate effect. Jackson has been the CEO since October 2020, having taken over from Anton Dibowitz.

Commenting on the latest CEO change, Julie Robertson, Chair of the Board of Seadrill, said: “On behalf of the Board of Seadrill, I would like to thank Stuart for his contribution in guiding the company through its Chapter 11 bankruptcy reorganization. These have been difficult times and we appreciate his work in keeping the company operating in a safe and effective manner. Stuart will no longer be President and Chief Executive Officer with immediate effect.”

“We are also pleased to announce that Simon Johnson will succeed Stuart as President and Chief Executive Officer of the Company. Simon has significant experience in the offshore drilling industry, having previously served as Chief Executive Officer of Borr Drilling, and in various roles with Noble Corporation, including most recently as Senior Vice President – Marketing and Contracts, Diamond Offshore and Seadrill. We believe that Simon is well-suited to lead the Seadrill team following its emergence from bankruptcy.”

Simon Johnson said:”I am excited to be joining the Seadrill team at a fascinating time in the industry. As someone who was at the very beginning of the Seadrill story, I am proud to return in a leadership role and look forward to working with our shareholders, employees, customers and vendors to re-launch our investment proposition with a laser focus on value creation.”

See below Simon Johnson’s bio, as shared by Seadrill:

“Simon W. Johnson has worked internationally for the past 25 years for a number of publicly listed offshore drilling contractors, including Diamond Offshore, Seadrill, Noble Corporation, and Borr Drilling.

Mr. Johnson has demonstrated strengths in strategy development, investor engagement and relationship management.  Mr. Johnson has many years of exposure to board engagements and associated corporate governance and compliance issues.  He holds a Bachelor of Commerce (Economics & Finance) from Curtin University and has completed the Advanced Management Program at Harvard Business School.”