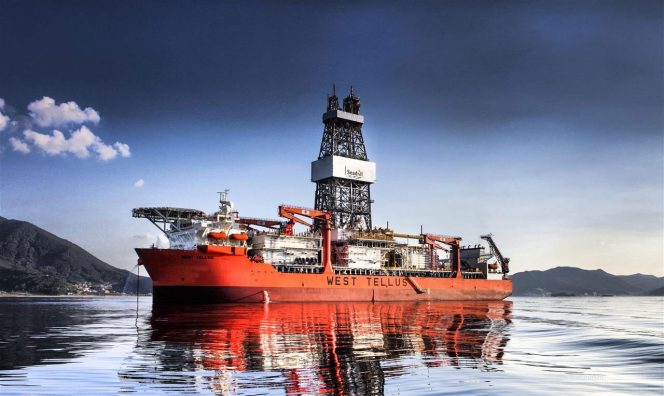 (PetroleoHoje) Shell intends to carry out a new exploratory campaign in Brazil in 2023, with the drilling of at least two wells in the Campos and Santos basins.

The oil company launched a bid to charter a rig. Some companies, however, have already informed that they are not available to attend the campaign. Shell does not specify the areas where the wells are to be leased, nor whether the campaign will focus on exploration or intervention.

The campaign will most likely take place in block C-M-713, C-M-659 or C-M-757, in the Campos Basin. In the Santos Basin, the expectation is the Saturno area, where the drilling of the first well was dry, Alto de Cabo Frio Oeste, which did not present very satisfactory results, and/or any of the five blocks awarded in the 17th round, at the end of 2021.

The unit will have to be ready for operation in the first quarter of 2023. The charter contract is for only six months.

Shell requires that the rig be equipped with a double tower and have the capacity to operate in water depths of 3,000 m. The delivery of proposals is scheduled for next week.

As the charter time is short, the tendency is for the number of interested companies to be small. The assessment prevails that only companies with available rigs in Brazil submit a bid in the bid.

Shell is currently running a drilling campaign with Seadrill’s drillship West Tellus. The unit will drill a well in block C-M-791, in the Campos Basin, where it has already discovered gas, and will then carry out intervention and abandonment work in the Parque das Conchas area and in Bijupirá-Salema, respectively.

West Tellus will be operating for Shell until July.