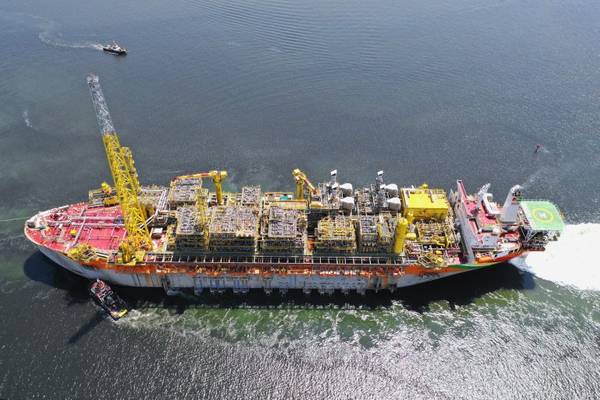 U.S. oil and gas company Hess Corporation has revealed that its Exploration & Production capital and exploratory budget for 2022 will amount to $2.6 billion, of which approximately 80 per cent will be allocated to Guyana and the Bakken.

The situation was similar last year when Hess allocated more than 80 per cent of its 2021 Exploration & Production capital and exploratory budget to Guyana and the Bakken. However, the total budget was lower compared to this year’s and totalled $1.9 billion.

Noting that the company’s capital programme reflects discipline in investing in high return, low-cost opportunities, Hess Corporation CEO, John Hess, said: “The majority of our 2022 budget is allocated to Guyana, which is positioned to be one of the highest margin, lowest carbon intensity oil developments in the world, and to the Bakken, our largest operated asset where we have a robust inventory of high return future drilling locations.”

About $1.15 billion or 44 per cent of the $2.6 billion budget will go to production, $1 billion or 39 per cent for offshore Guyana developments, and $450 million or 17 per cent for exploration and appraisal activities.

In the production area, Hess will use $270 million for production activities at its operated North Malay offshore Peninsular Malaysia and the Malaysia/Thailand Joint Development Area (Hess 50 per cent) in the Gulf of Thailand. Funds are included for drilling and facilities and also for work that was previously deferred due to COVID-19 and low commodity prices.

Hess will also use $90 million for production activities in the Gulf of Mexico, including drilling one tieback well at the Llano field (Hess 50 per cent) and seismic acquisition and processing.

When it comes to development activities, Hess has allocated $25 million associated with the Liza Phase 1 development on the Stabroek Block (Hess 30 per cent), where production optimization work is planned in the first quarter of 2022. Earlier this month, ExxonMobil, as the operator of the Stabroek Block, unveiled two more oil discoveries in the prolific block.

Another $190 million will be used for the Liza Phase 2 development with a capacity of approximately 220,000 gross barrels of oil per day, and the first production expected in the first quarter of 2022.

Hess Chief Operating Officer, Greg Hill, said the company’s focus in Guyana this year will be on advancing high-value oil developments on the Stabroek Block, which have a Brent breakeven oil price of between $25 and $35 per barrel, and continuing the company’s active exploration and appraisal programme.

Finally, the Exploration & Appraisal segment will see Hess spend $450 million to drill approximately 12 exploration and appraisal wells on the Stabroek Block in Guyana (Hess 30 per cent), the Huron-1 well in the Green Canyon area of the Gulf of Mexico (Hess 40 per cent), and the Zanderij-1 well on Block 42 in Suriname (Hess 33 per cent). Funds are also included for seismic acquisition and processing in Guyana, Suriname, and the deepwater Gulf of Mexico, and for license acquisitions.