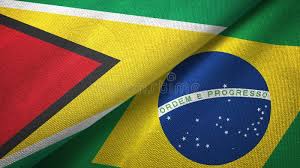 (Reuters) – The heads of state of Brazil, Guyana and Suriname this week will take the first steps toward forging an infrastructure that would better share the neighboring South American countries’ energy and natural resources.

Brazil’s President Jair Bolsonaro is expected to arrive in Suriname on Thursday, and will travel on Friday with the head of Suriname to Guyana, where the three chiefs plan to discuss projects including new roads, bridges and energy projects that could reshape the region’s economy.

The visit is Bolsonaro’s first official trip to Guyana and Suriname, and a recognition of the three countries’ shared oil and gas bonanza.

Among the topics for discussion: a 1,500-kilometer (930-mile) road from Brazil’s Northern Roraima state to a potential deepwater port in Guyana; and a 1.2-kilometer bridge across a river separating Guyana and Suriname.

Electric transmission and fiber optic communications links also are contemplated as part of an energy corridor between the nations.

The proposed interconnection would involve some $800 million in projects. First pieces were set to start in 2020 and were delayed in part by the coronavirus pandemic. The projects are expected to be funded with private investment through government concessions, according to Brazil’s Infrastructure and Industry Association.

The $200 million port Guyana is seeking investors for could emerge as a key project to bring the three nations together. It would be able to handle imports and exports of oil-industry heavy equipment, grain and container ships.

“The deepwater harbour is a major part of our transformation agenda, and we want Brazil to be part of it,” Guyana Foreign Secretary Robert Persaud told Reuters on Wednesday. “Guyana offers the shortest and quickest access to the Atlantic for significant parts of northern Brazil.”

The energy corridor could also include an ambitious 3,000-megawatt power interconnection between Guyana, French Guyana, Suriname and Brazil. The project, called Arco Norte and drafted with the Interamerican Development Bank, is on the presidents’ agenda.

Guyanahas been the scene of the world’s biggest offshore discoveries in years, with 10 billion barrels of recoverable oil and gas confirmed since it began production in 2019 through a consortium led by Exxon Mobil Corp (XOM.N).

Suriname also could inaugurate soon its first oil from an offshore basin shared with Guyana and Brazil, where Petrobras (PETR4.SA) is preparing to drill this year the first of 14 planned wells, part of a $2-billion exploration budget in the Equatorial Margin through 2026.