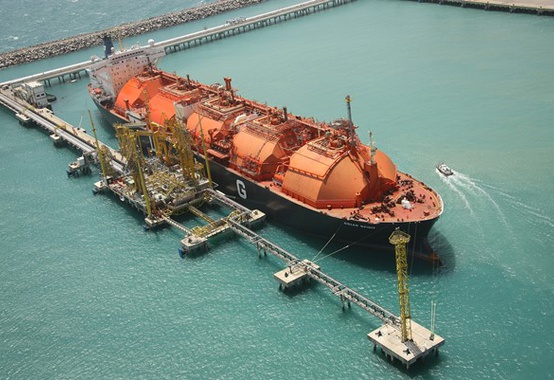 (Reuters) – The world’s top commodity trading houses are being told by brokers and exchanges to deposit hundreds of millions of dollars in extra funds to cover their exposure to soaring gas prices, seven sources with direct knowledge of the matter told Reuters.

Glencore, Gunvor, Trafigura and Vitol are among the commodity merchants facing what are known as margin calls on their financial positions in natural gas markets, the sources said.

The calls are forcing the traders to tie up more capital. Some, particularly smaller firms, are having to increase borrowing, leaving them with less cash to trade with and potentially hurting their profits, the sources said.

The sources, who include company officials, brokers and bankers, declined to be named due to the sensitivity of the matter.

“While there have been margin calls associated with the European natural gas price rally, Gunvor maintains a healthy liquidity position and instruments to manage any further volatility,” a company spokesperson said.

Smaller Swiss trader Kolmar Group said it was paying major margin calls but the positions were adequately covered and not a risk to the business. It did not give details. Lebanese firm BB Energy said it faced no margin calls.

Trading firms have gambled heavily on natural gas produced and exported from the United States in recent years, signing long-term contracts to buy cargoes of liquefied natural gas (LNG). Some of the contracts run through 2041 and are mainly designed to export gas to Europe and Asia.

A bond prospectus published by Gunvor this week gave a rare glimpse into the size of its hedging operations, much of it related to gas and LNG. It showed the company’s pre-sold or hedged inventories totalled $5.3 billion in June, up from $2.8 billion in 2018. Natural gas and LNG trading accounted for nearly half of its traded volumes for the period at about 45%.

The prospectus also showed that at least $2.5 billion of the company’s credit lines were allocated for margin call funding, out of its total credit facilities of $18 billion.

To hedge against price differences between physical gas in the United States now and the rest of the world in the future, traders need to sell short positions in the European and Asian gas futures markets.

A short position is created when a trader sells a gas futures contract with the intention of repurchasing it later, hopefully at a lower price.

The strategy caused a liquidity squeeze last month when European gas prices soared due to a variety of factors including low inventories, high demand for gas in Asia, low Russian and LNG supply to Europe, and outages.

In Europe, the main platform for building a short position in gas futures is the Dutch TTF gas market hub.

Two of the sources said trading houses and other players had together accumulated $30 billion worth of short positions in the TTF market, with European utilities taking the opposite long side of the play.

Traders typically borrow to build short positions, with 85-90% of the funding coming from banks. Some 10-15% of the value of the short – known as minimum margin – is covered by the traders’ own funds and deposited with a broker’s account.

A margin call occurs if funds in the account fall below the minimum margin requirement, in this case 10-15%.

With the front-month TTF gas contract , a European benchmark, rocketing 385% since January, the 10-15% coverage turned into 3-5%, triggering margin calls.

Traders were forced to provide extra funds from their own reserves or with credit lines from banks.

The sources said trading firms had also looked to adjust their books to reduce their exposures.

The situation is particularly difficult for small-to-mid-sized trading firms, the sources said, who described the margin calls as on a scale not seen before. Larger companies have much deeper pockets. Trafigura’s first-half results in June, for example, showed it had $6.8 billion of cash and equivalents.

LNG sellers are also placing extra demands on trading houses, asking for credit letters to ensure they can pay, according to industry sources. read more