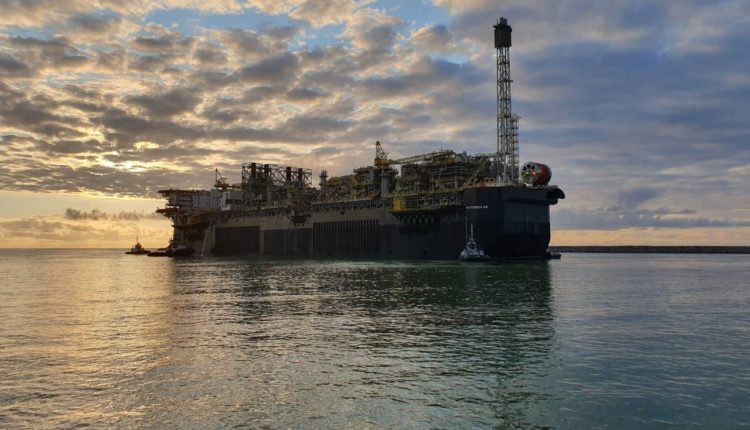 (Oilprice) Latin America’s largest oil producer Brazil is one of the worst affected countries globally by the COVID-19 pandemic. According to the World Health Organization, Brazil is the third ranked country by volume of cases and second by deaths. There were fears earlier this year that the rapid spread of the virus would derail Brazil’s offshore oil boom, particularly with a surge in cases among energy sector workers. By March 2021 petroleum and natural gas production was in decline with total hydrocarbon output falling by nearly 3% year over year to an average of 3.6 million barrels of oil equivalent per day. Such was the severity of the pandemic and sharp increase in cases Brazil’s hydrocarbon production was expected to fall further. Nevertheless, by April operations began to recover and the country’s economically critical oil output was rising. For May 2021 Brazil’s hydrocarbon regulator, the National Agency for Petroleum, Natural Gas and Biofuels (ANP – Portuguese initials), reported (Portuguese) oil production of 2.9 million barrels daily, an impressive 6% higher than a year earlier. Natural gas shot up by a stunning 18% to an average of 846,320 barrels of oil equivalent daily. The hydrocarbon output from Latin America’s largest oil producer expanded by an impressive 8.5% year over year to an average of nearly 3.8 million barrels of oil equivalent per day. That solid production growth occurred despite the spat between President Bolsonaro and former Petrobras CEO Roberto Castello Branco over planned fuel price hikes.

Branco was eventually forced to step down to be replaced by former army general Joaquim Silva e Luna. That sparked considerable fear among investors and financial markets of a resurgence in resource nationalism along with heavy-handed government intervention. A key driver of Brazil’s growing petroleum production is the expansion in its pre-salt oil basins. By May 2021 pre-salt oil production was just under 2.7 million barrels daily, a notable 14% increase compared to the same period a year earlier, making it responsible for 93% of Brazil’s oil output and 71% of total hydrocarbon production.

The sweet medium grade crude oil grades pumped from Brazil’s pre-salt oilfields are growing in popularity among refiners, particularly in Asia where IMO 2020 and other regulations have sharply reduced the sulfur content of fuels. By October 2020 soaring demand from China for Brazil’s Lula and Buzios oil grades saw their prices spike sharply, trading at premiums to the international Brent price benchmark. At the time of writing this article Lula, which has an API gravity of 27 degrees and 0.27% sulfur content, making it heavier but sweeter than Brent, is trading at almost a 1% premium to the international benchmark price.

Despite a lack of public pricing data Brazil’s Buzios crude oil grade with an API gravity of 28 degrees and 0.31% sulfur content, which are similar characteristics to Lula, typically trades at a premium to Brent in Asia.  While the latest data shows that Brazilian petroleum is no longer as popular in China as it was last year, the world’s second largest economy still has a significant thirst for Brazil’s sweet medium crude oil grades. According to news agency Reuters, China imported 20 million barrels of crude oil from Brazil during May 2021, a 17% increase over the comparable period in 2020. That sees Brazil ranked sixth by volume of oil imports to China behind Angola but ahead of the UAE. The popularity of Brazil’s sweet medium crude oil grades coupled with low breakeven prices, estimated to average around $50 per barrel and be under $40 per for the major pre-salt oilfields, makes it a hot destination for foreign energy companies. This is certainly enhanced by the epic oil price rally which has been underway since late 2020. Significantly higher Brent prices coupled with Brazilian pre-salt crude oil grades selling at a premium to the international benchmark act as major incentives for investment in offshore Brazil.

Petrobras, which reported some solid first quarter 2021 results, will benefit from these higher oil prices especially because it is focusing on projects with a breakeven price of less than $35 per barrel. Brazil’s national oil company pumped an average of 2.7 million barrels of crude oil daily during May 2021, representing a slight decline from a month earlier but a notable 7.7% greater than a year earlier. That amounts to 73% of Brazil’s total petroleum production for the month. Petrobras’ overall May 2021 hydrocarbon output fell 1.6% month over month but climbed by a healthy 7.7% year over year to 3.5 million barrels per day, making the company responsible for over 90% of Brazil’s total hydrocarbon production. The national oil company has made tremendous progress with reducing operating expenses. For the first quarter of 2021, Petrobras reported overall lifting costs of $5 per barrel, which were as low as $2.70 a barrel for pre-salt oilfields, attesting to the low operating costs associated with Brazil’s pre-salt basins.

The integrated energy major’s total cost per barrel of oil produced during the quarter being a low $32 means Petrobras’ upstream operations are highly profitable in the current operating environment where Brent is trading at over $76 a barrel. While Petrobras in 2020 sharply dialed back investment in response to substantially weaker oil prices, it is pressing ahead with developing pre-salt oilfields in offshore Brazil. Between 2021 and 2025 it intends to invest $17 billion in capital expenditures to bring six new oilfields and 13 FPSOs online. That includes adding four FPSOs to the all-important Buzios field which has become a focus for Petrobras, particularly after the strong demand from Chinese refiners experienced during 2020. Earlier this month Petrobras announced that its Chinese partners in the Buzios field CNOOC and CNODC, which have a combined 10% participating interest are required to pay almost $3 billion for exploration work completed in the Buzios field. This will be a boon for Petrobras and provide additional capital for developing the Buzios field which is touted to become the largest producing pre-salt oilfield.

The low breakeven prices for Brazil’s offshore pre-salt oilfields coupled with the potential for the sweet medium crude oil produced to sell at a premium to Brent, explains why foreign energy companies are investing. ANP data shows foreign oil companies are now responsible for a fifth of Brazil’s hydrocarbon output.  It is global supermajor Shell which is the second-largest oil producer in Brazil after Petrobras, pumping an average of around 450,000 barrels of oil equivalent per day during May 2021. That sees the Anglo-Dutch supermajor responsible for 12% of Brazil’s total hydrocarbon output during that month. Shell derives most of its production from the Tupi, Sapinhoa, and Mero pre-salt oilfields. The integrated energy supermajor also has interests in the C-10 block, Ostra, Abalone, and Argonauta post-salt fields in the Campos Basin. Shell announced earlier this year plans for a drilling campaign in offshore Brazil for the second half of 2021 with a focus on the C-10 block.

Brazil is expected to launch two bid rounds this year, with the first expected in October which will be the 17th bidding round, originally scheduled for 2020 but postponed because of the oil price collapse. There will be nearly 100 oil blocks put up for tender including 15 blocks in the Campos basin, 50 in the Pelotas basin, 13 in the Santos basin, and 14 in the Potiguar basin. Those developments bode well for Brazil’s offshore oil boom, leading to growing hydrocarbon production cementing the Latin American country’s position among the world’s top-10 oil-producing countries. The boom will act as a powerful driver of Brazil’s urgently needed post-pandemic economic recovery after its gross domestic product shrank 4% last year according to IMF data.