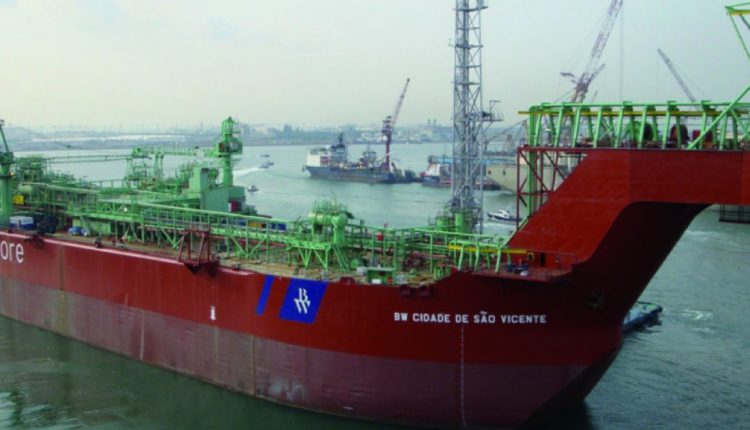 The FPSO Cidade de São Vicente will leave Brazil possibly in July. After trying unsuccessfully to negotiate a new contract in the country, BW Offshore will take the production unit abroad. The likely destination is Asia.

The decision to withdraw the FPSO from Brazil was taken recently by BW Offshore, after negotiations with Trident and Perenco for the use of the unit in projects in the Campos Basin had been exhausted. Cidade São Vicente has been stationary at the Brasfels shipyard, in Angra dos Reis (RJ), since October 2020, when the charter contract with Petrobras came to an end.

For the time being, BW Offshore has not defined the destination of the FPSO Cidade de São Vicente abroad. The company is evaluating some alternatives.

Negotiations between BW Offshore and Perenco and Trident began in the last quarter of 2020. The two companies were analyzing the possibility of using Cidade de São Vicente as an FSO, but the deal did not go ahead due to a lack of consensus regarding the value.

The FPSO Cidade de São Vicente operated for 11 years for Petrobras, carrying out long-term tests in the main discoveries off the Brazilian coast. The unit has the capacity to produce 30,000 barrels/day.

The BW Offshore unit was responsible for the main tests of the Santos cluster, having carried out the first non-commercial production in Tupi, the asset in which it made its debut campaign. The last campaign of the FPSO Cidade de São Vicente in Brazil was carried out in the Farfan discovery, in the deep waters of the Sergipe Basin.