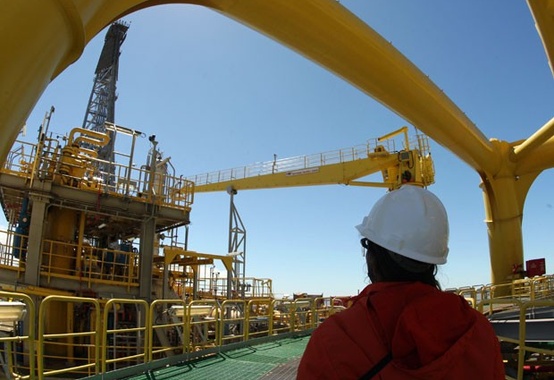 (epbr) Production at Pão de Açúcar, discovered at BM-C-33, pre-salt in the Campos Basin and operated by Equinor Brasil (35%), will have an unprecedented natural gas treatment system installed on the topside of the production platform itself.

It was the solution found to deal with the great potential for natural gas production associated with the asset.

“This solution, of processing natural gas on top of the platform, is unprecedented and innovative from a technological point of view. And its application was very important to give economic strength to our project ”, explained Verônica Coelho, president of Equinor Brasil.

The project gas will be available to the market between the end of 2026 and the beginning of 2027.

The president of Repsol Sinopec Brasil, Mariano Ferrari, reinforced that the objective is to develop the great potential of national gas supply.

“It is one more of a series of innovations that we are applying in this development, which seeks to bring gas produced in Brazil to the country’s market,” he said.

Repsol Sinopec Brasil (RSB) is Equinor’s partner in the project (35%), together with Petrobras (30%).

RSB was responsible for the exploration campaign on BM-C-33, which confirmed the discoveries of Pão de Açúcar, Gávea and Seat. After changes in the consortium, Equinor took over the operation.

The time between the discovery, made between 2010 and 2012, and the start of operations is a reflection of the technical and economic complexity of this type of project.

“In the next discovery, we cannot take all this time anymore, we will have to accelerate. So I am sure that the innovation that we are applying now will be useful to make other developments more accessible, sustainable and efficient ”, says Mariano.

Equinor to drain gas from Pão de Açúcar to Macaé

The FPSO that will be contracted for Pão de Açúcar will be projected to produce 16 million m³ / day of natural gas and the idea is to connect the future field to the Cabiúnas Terminal, in Macaé, in the northern region of Rio de Janeiro.

According to the schedule, Equinor will be the operator of two giant fields in the Brazilian offshore until the end of the decade.

In the beginning of the past month, the company made official the contracting of the first Bacalhau platform, in the Santos Basin pre-salt.

The platform will have the capacity to produce up to 220 thousand barrels of oil per day and 15 million m³ / day of natural gas.

The Pão de Açúcar platform has yet to be contracted.

With the treatment of the gas produced in Pão de Açúcar on the platform itself, the project “anticipates” a stage in the gas chain. In general, FPSOs do the compression and separation of the gas, which is drained through pipelines to UPGNs on land.

Currently, all offshore routes are owned by Petrobras and partners in the fields. Routes 1, 2 and 3 (under construction) connect several pre-salt and post-salt fields to the UPGNs in Caraguatatuba (SP), Cabiúnas (RJ) and Itaboraí (RJ), respectively.

The new Gas Law guaranteed access to essential gas infrastructure for all producers, which goes through new regulations and commercial agreements.

“It is important to note that the BM-C-33 gas made this possible, because it is a relatively dry gas, which allowed this application. It is a very specific and very interesting solution to make production feasible ”, explained the executive.

Mariano Ferrari, from RSB, reinforced that innovation is unique to the project, but the initiative is part of an R&D effort in Brazil, with positive impacts on the companies’ operations.

“If there is anything to talk about Brazil, it is its level of research and development, done continuously by the entire oil and gas industry. This innovation was fundamental to guarantee the project’s technical, economic and environmental robustness ”, he says.

“It is one more of a series of innovations that we are applying in this development, which seeks to bring gas produced in Brazil to the country’s market. It is a pre-salt gas, with a low level of CO2 and, therefore, very favorable to the market ”.

For example, a new research and development (R&D) project will test the feasibility of producing hydrocarbons from CO2 capture and renewable energy sources, for the production of synthetic hydrocarbon products.

Named CO2CHEM, the project will be developed by RSB, in partnership with RCGI, USP’s research center; Senai Cetiq; and Hytron, created from research at Unicamp and focused on solutions for the production of hydrogen.

The idea is to process fuels and other synthetic products derived from carbon chains (hydrocarbons).

The decarbonization strategy, in turn, comes from the inputs – carbon monoxide (CO) and hydrogen (H2) – obtained from the capture of carbon dioxide (CO2), a greenhouse gas, and from the electrolysis of water using energy generated from renewable sources.