U.S.-based oil company Talos Energy, working on a unitization agreement for the giant Zama offshore oil discovery in Mexico with the Mexican oil company Pemex, hopes the final solution will see the company lead the development of the field as the operator, and that the parties would realize “true percentages” in the Zama field.

Talos struck oil at its Zama prospect in its Block 7 offshore Mexico in 2017. It was subsequently determined that the oil field stretched into a nearby offshore block owned by Pemex, setting the stage for the unitization talks on how to share the field to start.

As previously reported, after the two companies failed to reach a deal on how to share the giant Zama field, it fell on the Mexican Ministry of Energy (“SENER”) to propose finalized terms of a Unitization and Unit Operating Agreement (“UUOA”) “based on international best practices and considering inputs from the parties.”

In a statement on Friday, Talos issued a statement that said the UUOA would address initial tract participating interest splits, the process to re-determine such splits in the future, and operatorship, among other key topics, but also shared there were some discrepancies in how third-parties evaluators saw the split should unfold.

“A third-party reservoir engineering firm engaged by the Block 7 partners and Pemex to evaluate Initial Tract Participation (“ITP”) within the Zama reservoir recently concluded that the Block 7 consortium led by Talos holds 49.6% of the gross interest in Zama and Pemex holds 50.4%,” Talos said. 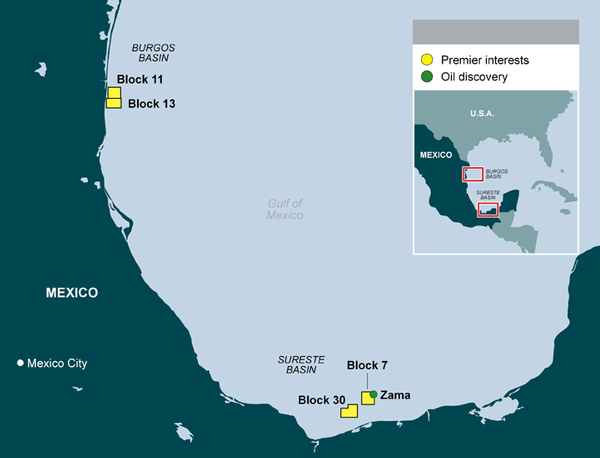 “The UUOA will separately provide for specific milestones upon which participating interest splits among the Zama parties will be re-determined and adjusted based on evolving data collected over the asset lifecycle. Redetermination provisions are standard in unitizations and ensure equitable participation over time. Under the redetermination provisions in the Zama UUOA, Block 7 partners and Pemex will reevaluate the ITP and subsequently determined splits in line with international best practices,” Talos added.

Talos President and Chief Executive Officer Timothy S. Duncan said: “We continue to push in earnest to reach full agreement on the commercial terms of the unitization. We believe the recent third-party analysis underestimates relevant data obtained during the appraisal campaign.

“As you will recall, Talos engaged Netherland, Sewell & Associates to prepare an independent evaluation last year which concluded that the Block 7 consortium holds 59.6% and Pemex holds 40.4% of the gross interest in Zama, respectively.

“Regardless of the ITP established in the final UUOA, we expect that the true percentages will ultimately be realized through the re-determination process, which is a standard component of any unitization agreement and a global best practice, and other factors. ITP percentages are a single variable among those still being determined, most importantly operatorship. We remain confident that Talos is best positioned to operate the field moving forward and we will further update the market once a commercial agreement on the unitization has been reached.”

Discovered in 2017 by the Talos-led consortium, Zama is a shared reservoir that extends from Block 7 to neighboring Pemex AE-0152-Uchukil Asignación in the Cuencas del Sureste, in the Bay of Campeche in Mexico.

Back in March, Talos said that pending the conclusion of unitization discussions, “Talos would aim to reach Final Investment Decision (“FID”) on the project before year-end 2021.”

Third-party evaluator Netherland, Sewell & Associates in January 2020 said the “Best Estimate” of the 2C gross recoverable resource at Zama was approximately 670 million barrels of oil equivalent, of which almost 60% located on Block 7 in the 2C case.