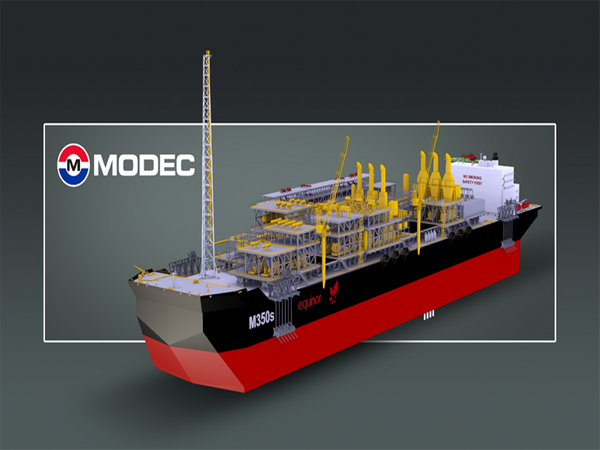 The FPSO, to be delivered by Japan’s Modec, will be deployed at  Equinor’s Bacalhau field (formerly Carcará), about 185 kilometers off the Brazilian coast – south of São Paulo – at a water depth of around 2,050 meters.

Under the contract with Modec, Palfinger will deliver two DKW2500 wire luffing lattice boom cranes with a maximum lifting capacity of 35 tons and a maximum outreach of 50 meters to the FPSO. The cranes are scheduled to be delivered in February 2022.

The Bacalhau FPSO will be the fifth Modec FPSO vessel operating in Brazil that is going to be outfitted with PALFINGER offshore cranes.

According to Radames Moreira, Application Engineer at Palfinger’s marine business, the cranes are based on the type Palfinger previously delivered to Equinor’s Johan Sverdrup field, offshore Norway.

The FPSO will be Modec’s 17th FPSO/FSO vessel in Brazil. Upon delivery, Modec will operate the FPSO for the first year, after which Equinor plans to operate the facilities until the end of the license period in 2053.