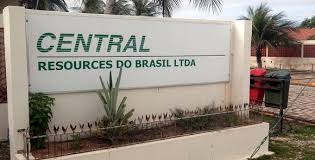 Petróleo Brasileiro S.A. – Petrobras, following up on the release disclosed on 09/30/2019, informs that it has finalized today the sale of its entire participation in two onshore production fields (Ponta do Mel and Redonda), located in the Potiguar Basin, in the state of Rio Grande do Norte, to Central Resources do Brasil Produção de Petróleo Ltda.

After the fulfilling of all precedent conditions and considering other further conditions subsequently agreed, the operation was concluded totaling US$ 7.2 million for Petrobras, with payment to be made over 18 months.

This transaction is in line with the portfolio optimization strategy and the improvement of the company’s capital allocation, increasingly concentrating its resources in deep and ultra-deep waters, where Petrobras has demonstrated great competitive edge over the years.

The fields of Ponta de Mel and Redonda are located in the municipality of Areia Branca, in the state of Rio Grande do Norte. The average oil production of the fields in the first half of 2020 was around 493 bbl/day. The company Central Resources already had rights arising from service contracts for oil exploration with a risk clause, linked to the Ponta do Mel and Redonda fields, signed with Petrobras in 1982.