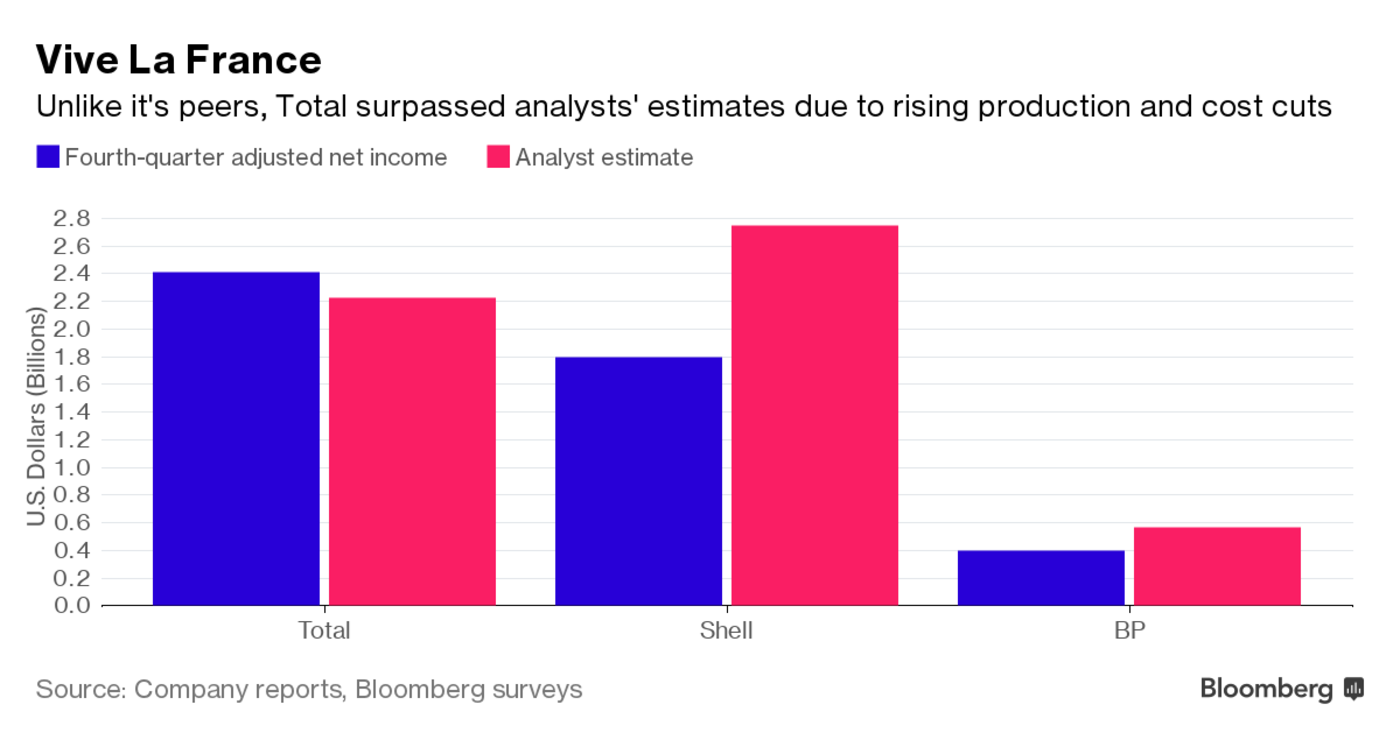 Total SA raised its dividend by 1.6 percent and said it may give the go-ahead for almost a dozen new projects in the next 18 months after fourth-quarter profit beat analysts’ estimates.

Total’s adjusted net income climbed 16 percent from a year earlier to $2.41 billion due to rising oil and gas production and cost cuts, the company based in Courbevoie near Paris said Thursday. Analysts polled by Bloomberg had expected a profit of $2.23 billion.