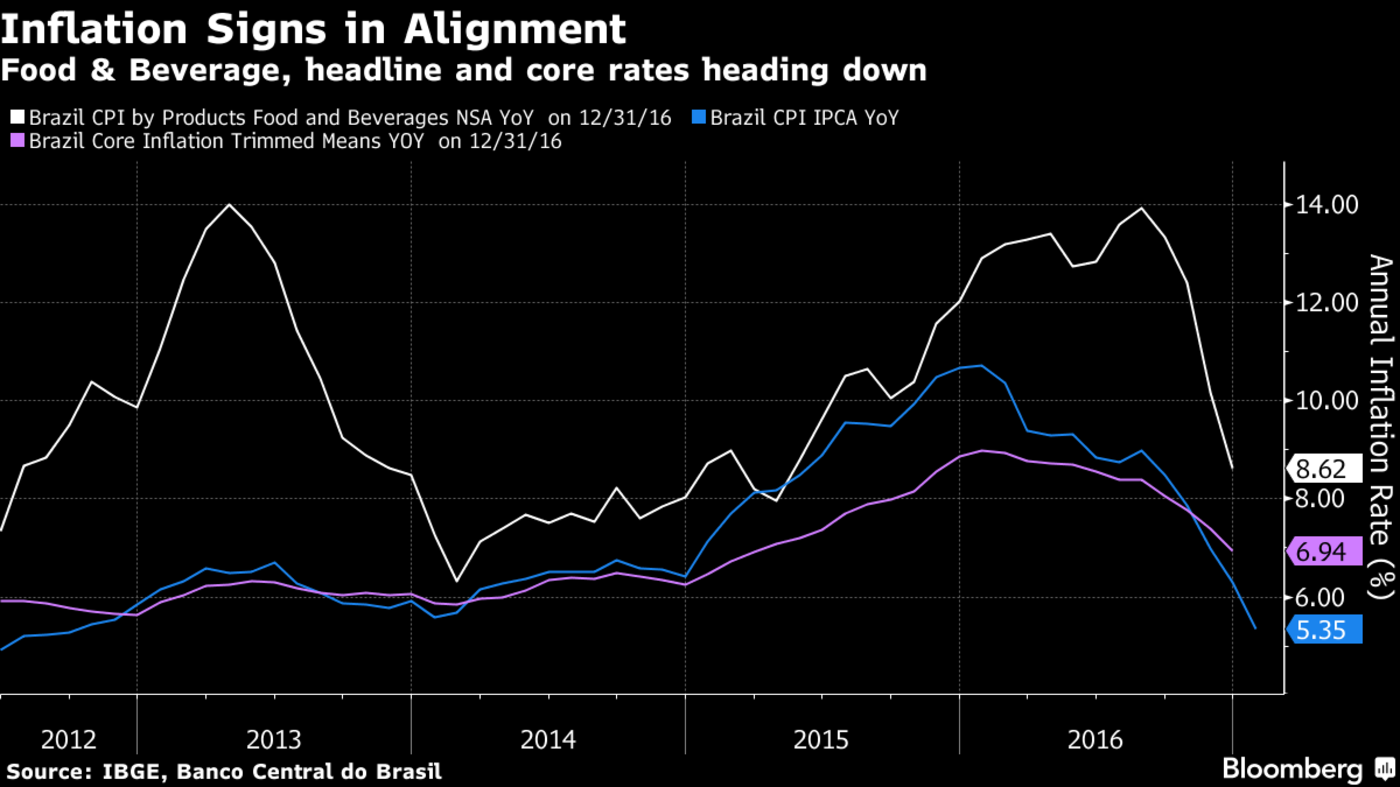 The benchmark IPCA index climbed 0.38 percent in January, the lowest recorded for the month in the series dating back to 1994. It was also below the median 0.42 percent forecast from 48 analysts surveyed by Bloomberg. Consumer prices rose 5.35 percent in the 12 months through January, the least since September 2012 and half the level seen a year ago, the national statistics bureau reported Wednesday.