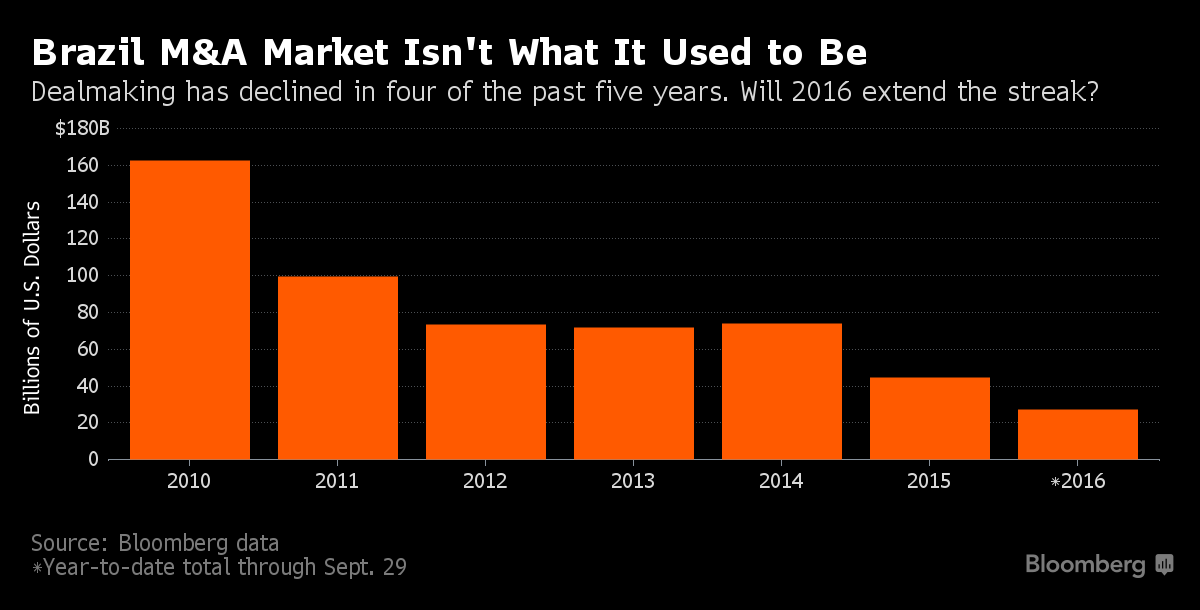 Dealmaking in Brazil is finally mounting a revival.

Mergers and acquisitions in the country increased 35 percent to $16.6 billion in the third-quarter, compared with the same period last year, led by a spate of energy deals involving state-controlled Petroleo Brasileiro SA.

Even more striking were the $11.1 billion in inbound transactions, according to data compiled by Bloomberg, in which foreign companies bought Brazilian assets. By that measure, activity nearly quadrupled from the year-earlier period, the best showing since the last three months of 2013.

If the recent improvement is to continue, Petrobras needs to deliver on its divestment program. The energy giant, which has been trying to reduce the oil industry’s biggest debt load, accounted for more than a third of total activity with its asset sales in the past three months.
Read more