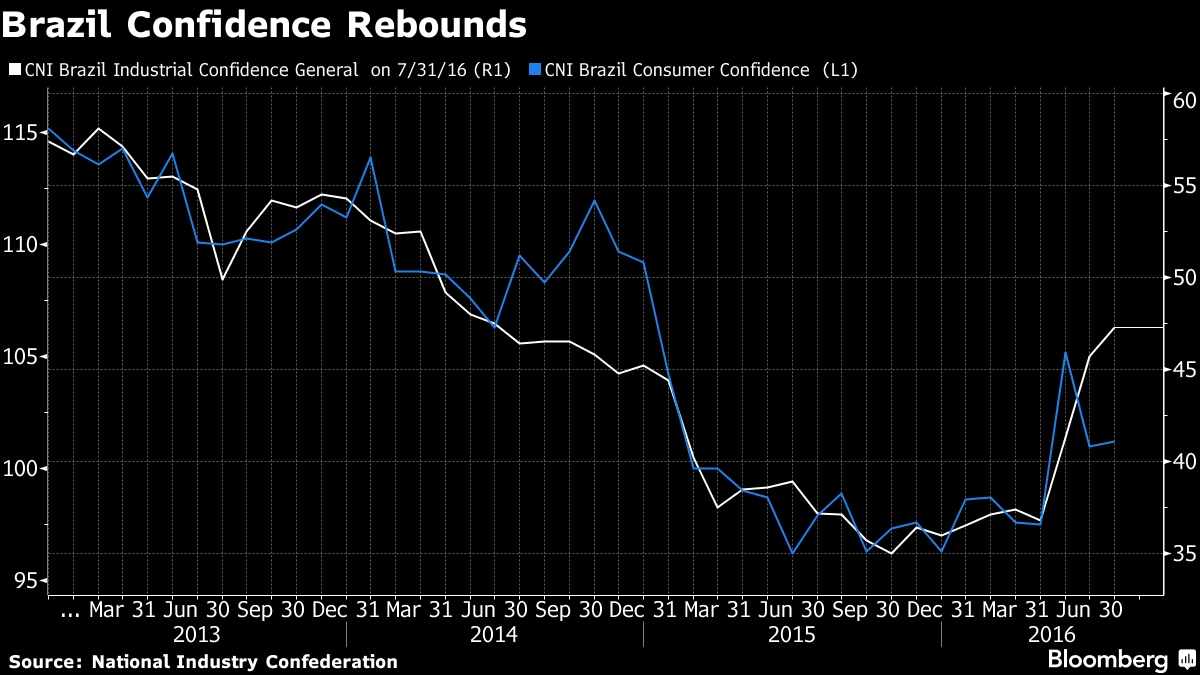 Brazil’s gross domestic product contracted 0.6 percent in the three months ended in June, after a revised 0.4 percent drop in the previous quarter, the national statistics institute said Wednesday. The figure was worse than the median estimate for a 0.5 percent decline from 46 economists surveyed by Bloomberg. From a year earlier, GDP shrank 3.8 percent after a 5.4 percent drop in the previous quarter.