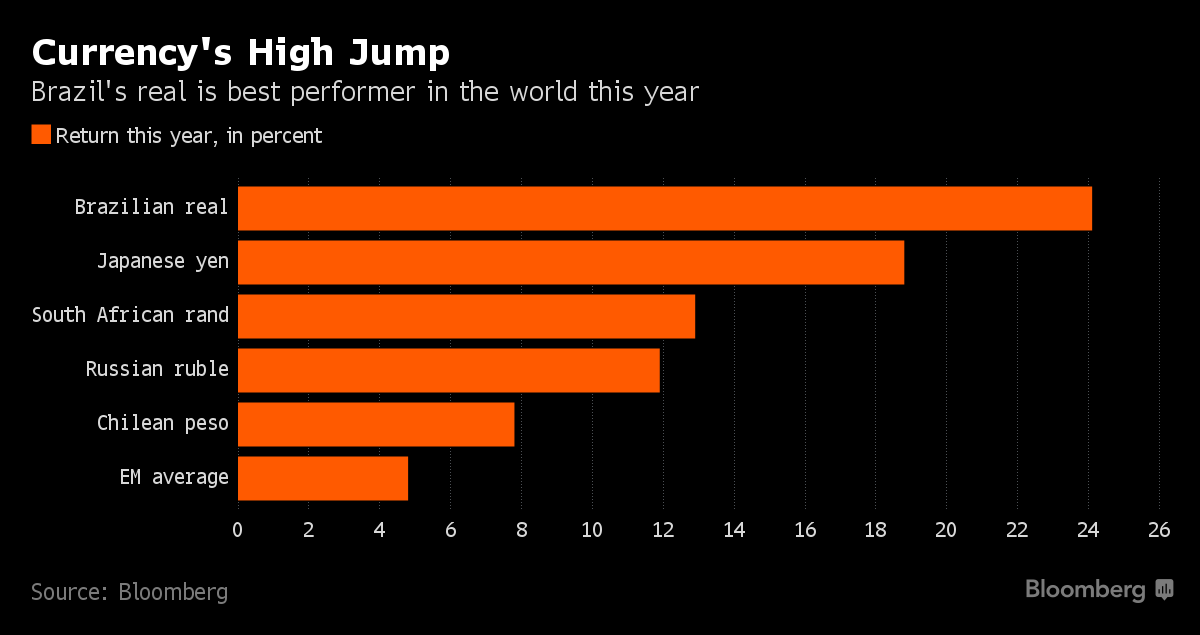 The gloom surrounding the Olympic Games getting underway Friday in Rio de Janeiro is nowhere to be seen in the country’s financial markets.

Yet as the opening ceremony gets underway, the benchmark stock index and currency are at the highest in more than a year after posting the world’s best performance in 2016 amid a rebound in commodities and speculation that stimulus in developed markets will make Brazil’s higher interest rates more attractive to foreign investors. The nation’s dollar notes have followed suit, returning double the emerging-market average, and bond risk as measured by credit-default swaps has plummeted on wagers a new government will be able to put an end to the worst recession in a century.