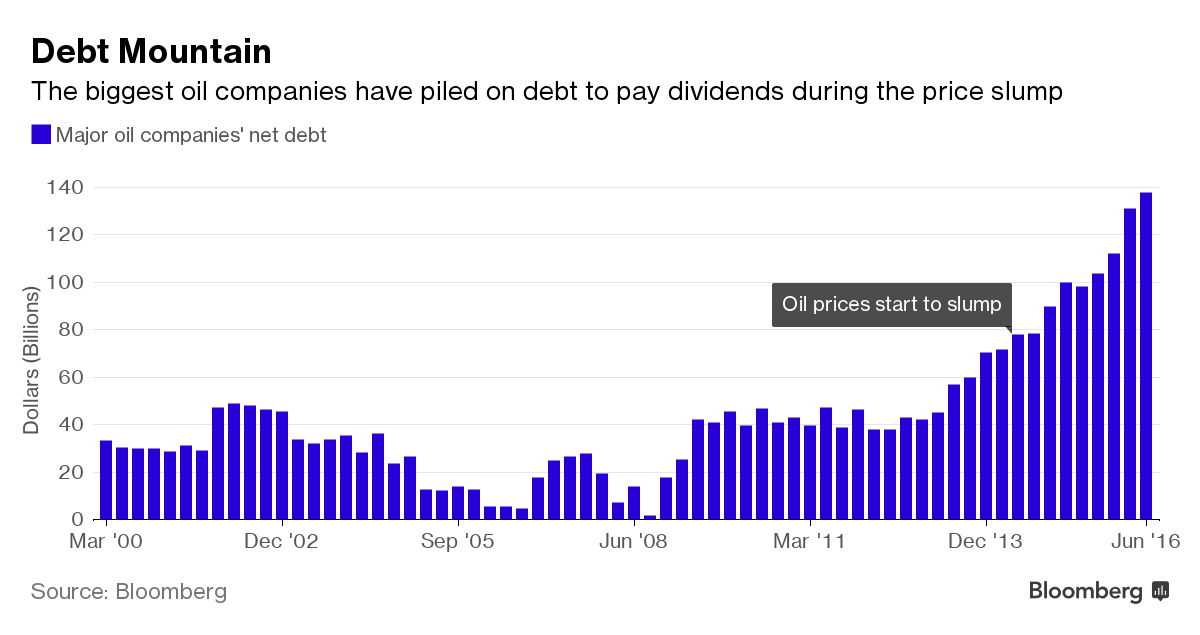 When commodity prices crashed in late 2014, oil executives could look at their mining counterparts with a sense of superiority.

Back then, the world’s biggest oil companies enjoyed relatively strong balance sheets, with little borrowing relative to the value of their assets. Miners entered the slump in a very different state and some of the world’s largest — Rio Tinto Plc, Anglo American Plc and Glencore Plc — had to reduce dividends and employ draconian spending cuts to bring their debt under control.

Two years on, you could excuse mining executives for feeling smug. As crude trades well below $50 a barrel, Exxon Mobil Corp., Royal Dutch Shell Plc and other oil giants have seen their debt double to a combined $138 billion, spurring concerns they’ll need to keep slashing capital spending and that dividend cuts may eventually be necessary.