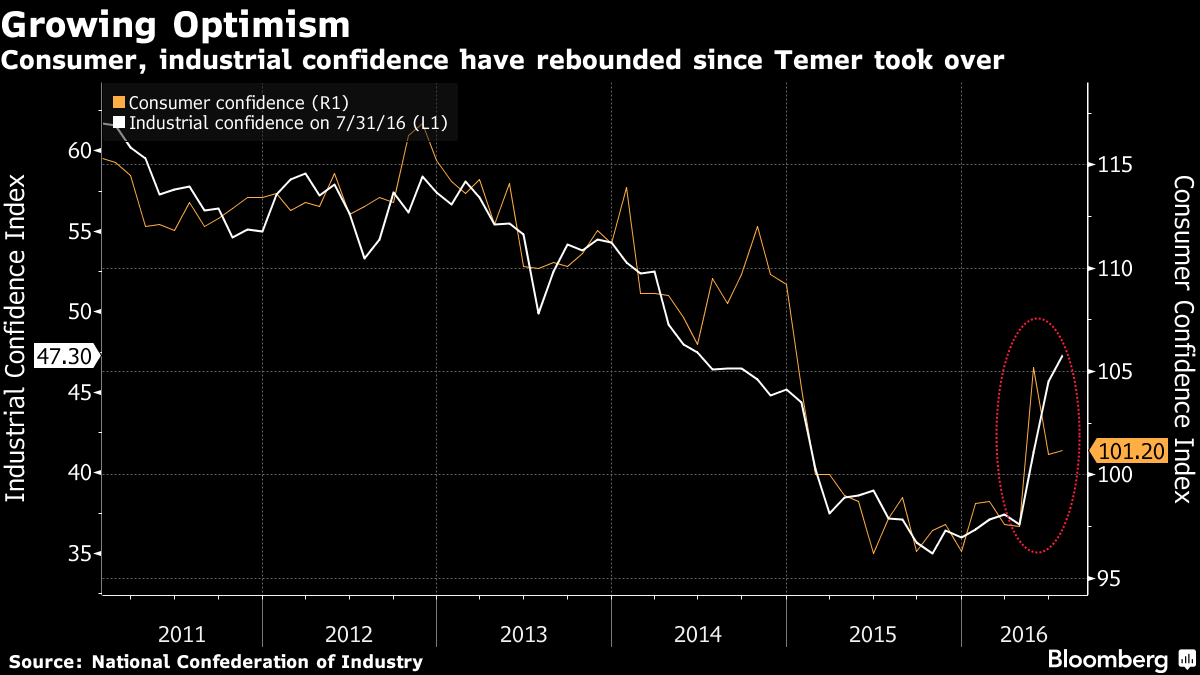 Brazil’s Senate this week resumes impeachment proceedings that are expected to result in the permanent ouster of Dilma Rousseff and strengthen the hand of her vice president, Michel Temer, to revive a shrinking economy.

A special congressional committee is slated to decide Thursday whether to recommend the opening of an impeachment trial against the president based on charges of illegally financing deficit spending. The full Senate will then vote next week whether to accept the committee’s recommendation and start the trial, which could be concluded within a month.

Temer’s aides — as well as many Rousseff supporters and the majority of Brazilians in a July public-opinion poll — say the chamber has the two-thirds majority needed to defeat the president and hand the reins to Temer. He assumed the presidency on an interim basis in May when the Senate forced Rousseff to step aside during impeachment proceedings.