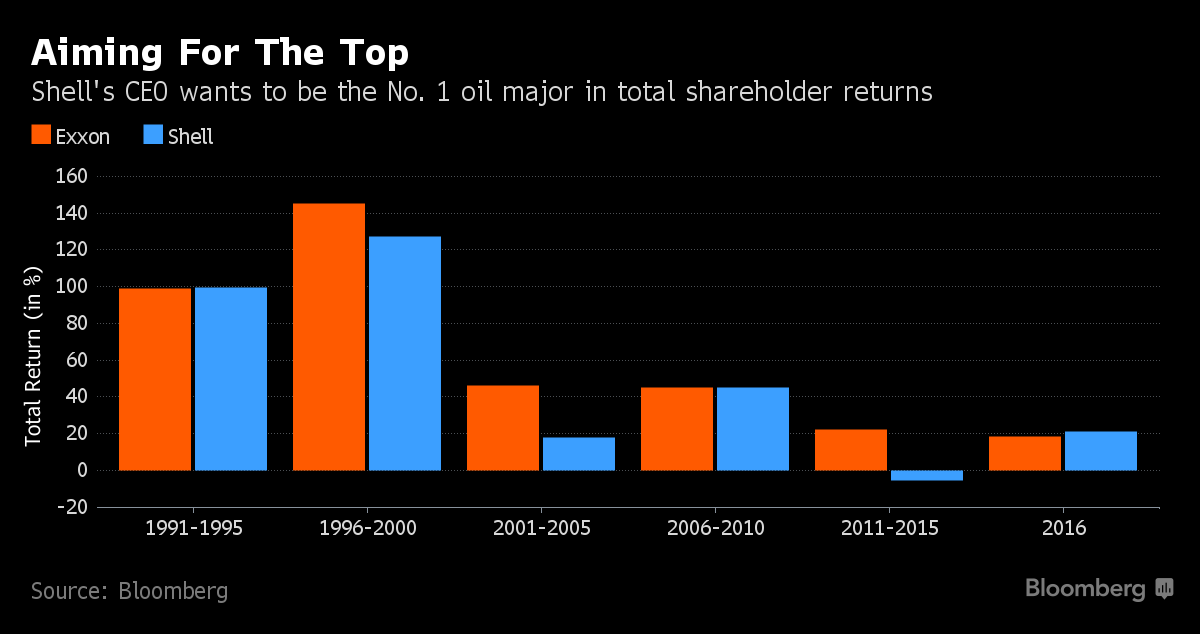 “I am determined to get us to that number one place,” he said after outlining the company’s long-term strategy in London. “I want to create a world class investment case for Shell and our shareholders.”

There are signs Van Beurden is winning over some investors following his record $54 billion acquisition of BG Group Plc. Shell has closed the gap on Exxon for total shareholder returns, which accounts for share prices, dividend payouts and buybacks, after lagging behind for five years. Still, the Anglo-Dutch explorer trails its U.S. rival on a range of other metrics from return on capital and assets to cash flow.

“In the past 15 to 20 years Shell has fallen behind Exxon, and now Ben is coming with the determination to take the company back up there,” said Iain Armstrong, a London-based analyst at Brewin Dolphin Ltd. “But it could take years for Shell to become the benchmark for the industry that Exxon is. It won’t happen this decade.”
Read more